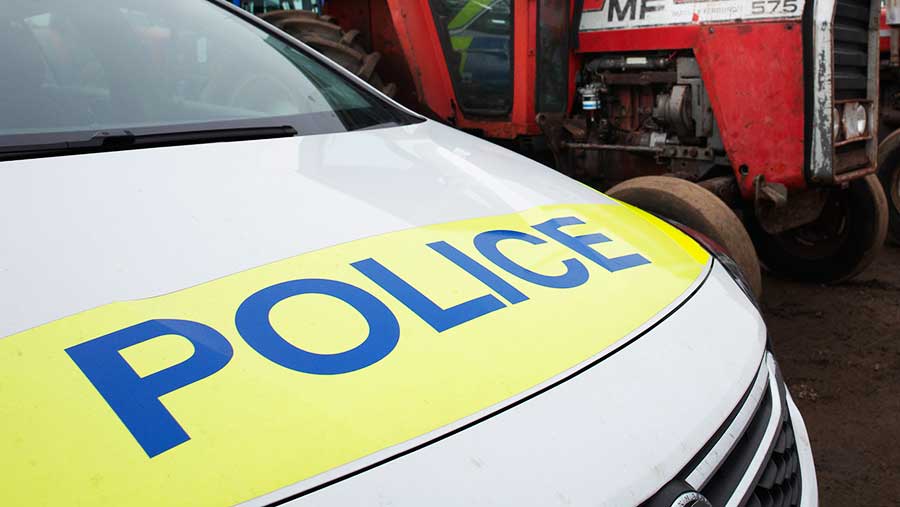 But it is not just the financial cost, many farmers are suffering from anxiety and stress over the security of their farms.

Farmers Weekly spoke to farmers in the Thames Valley to find out why rural crime is hitting them hard, particularly in the form of hare coursing and poaching.

Livestock farmer Alex Jackson says he spends too much time locking and unlocking gates. It keeps out most people, he says, but it is almost never enough to deter hare coursers or poachers.

“Security is always a concern, we are very conscious about locking gates and making sure all fields do have lockable gateways,” adds Mr Jackson.

Many farmers in the Chiltern Hills have more than one tale to tell about unwanted visitors. And like Mr Jackson, they have tried many ways to stop them.

Gateways have been blocked and ditches dug around fields – but still they get in.

Hare coursing causes damage to crops and property. But more than that, it damages mental health. Farmers who confront coursers say they lie awake at night worrying about retribution and the safety of their family. 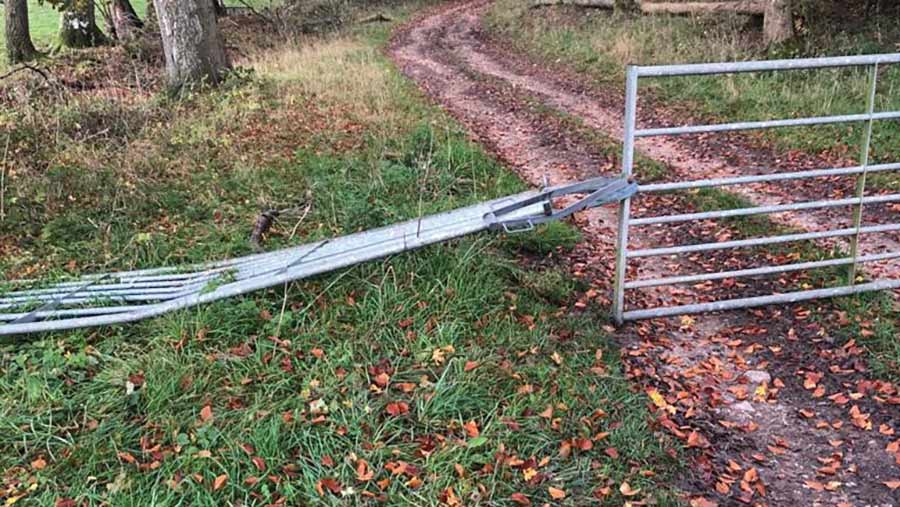 A farm gate damaged by intruders

Mr Jackson believes some of the problems are caused by travellers. “A lot of the time they come from these camps, no one is going to step foot in these camps and they know that as well. For a lot of farmers, it does weigh heavily on them.”

Most farmers are too scared to speak out publicly. One south Oxfordshire gamekeeper, who asked to remain anonymous, said: “It is travellers – but obviously some of them have got their own properties.”

Within the past few months, a local gamekeeper’s son was shot at with an air rifle after he disturbed a group of hare coursers trespassing on private land. The pellet split the windscreen of his vehicle.

“He came round the corner of the track and they were in front of him. The next thing he knew there was a barrel pointed back at him from out the window.”

Travellers in the Thames Valley are a cause for concern, says Thames Valley police and crime commissioner Anthony Stansfeld. “It is a big issue. Within reason, we follow it up. Certainly, traveller sites are no longer ‘no-go’ areas that they practically were seven or eight years ago.”

However, Janette McCormick, deputy chief constable at the College of Policing, told The Guardian in August that the broader link between crime and traveller communities is inconclusive.

“There is no evidence to suggest we have a disproportionately high crime rate around traveller sites. The reality is within the communities you have huge disadvantages such as health, literacy and job prospects.

“Like any community where you have significant disadvantage, that can be correlated with crime. But you shouldn’t link to ethnicity – it’s the disadvantage we need to have the conversation about.”

Thames Valley Police acknowledge that hare coursing is a problem but major cuts to police budgets mean the force is thinly spread across its rural patch, much of which is downland and open fields that are appealing for coursers and poachers.

Like other people in the area, the gamekeeper goes on to lament the loss of dedicated rural police officers. “I would like to see a rural crime team for this area, but I know it isn’t going to happen because they haven’t got the funding.”

Mr Stansfeld says seven years of cuts are biting hard in terms of police numbers. “We can’t, when you have those sort of cuts, cover everything,” he explains. 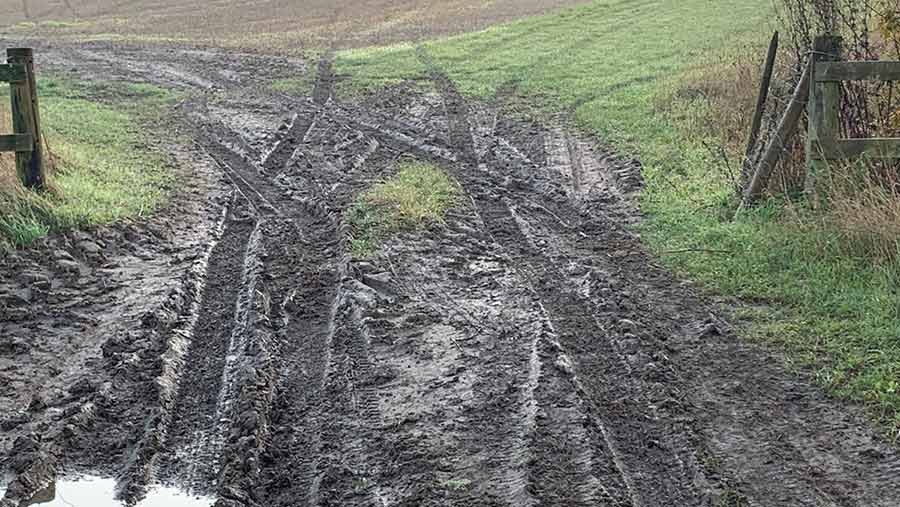 The police and crime commissioner is, however, encouraged by Boris Johnson’s pledge for 20,000 extra police officers across the country. But he believes officers promised by the prime minister will be focused on urban areas.

“This comes under what is called the formula grant,” he says. “If Thames Valley Police had the same number of police per head of population as Birmingham, Manchester or Liverpool, we would have nearly 2,000 extra police officers.”

In a bid to help the police, a group of local farmers are using WhatsApp and Citizens Band (CB) radios to track hare coursers and poachers. They hope to keep one step ahead of the gangs.

Once an alert is sent that a vehicle and its occupants are up to no good, the farmers use the radios to help them track the car across rural areas, and send its location to the police.

But with resources so thinly spread, it can be a thankless task. “The ability to react quickly is difficult,” says Mr Stansfeld.

One farmer in the Kidlington area, who asked not to be named, says he is constantly worried about the next incursion. “We’re just utterly helpless. The trouble is none of us know what to do when they come back next. They just don’t care.

“Come and break into my containers at three in the morning and nick my stuff, fine. But not at 10am in the morning when I’m playing in the garden with the kids.”

Rural crime is also a major problem in nearby Hampshire. One farmer has spent £50,000 in the past 12 months trying to protect his premises from illegal incursion.

This includes securing the perimeters to his yard with fencing, hedges, ditches, trenches, big automated steel security gates, CCTV cameras and alarms, as well as a dwarf wall to deter vehicles from coming in and out of the site. 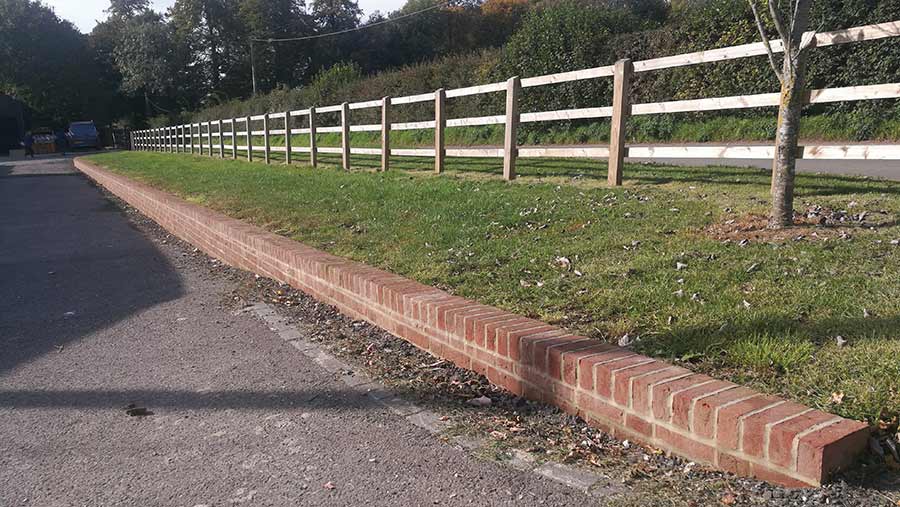 “We were being targeted every two months. We would either thwart a burglary or be burgled,” says the farmer, who did not want to be named.

“You are talking about a car with three or four men inside. One acts as a driver, another as a lookout and the other two do the break-in. We have been able to learn as you can watch them on television. 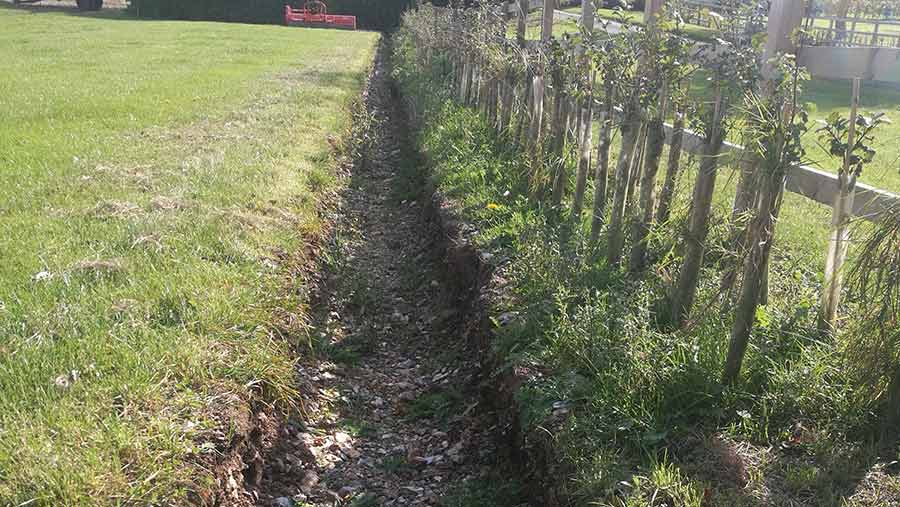 “It has stopped because we have doubled our efforts. In the early days, we had multiple entries, but now we only have one.”

The farm workshop was the main target. In particular, power tools – something easy to sell at the pub or convert into cash.

To counter this, tools are dispersed into various different buildings and locked away.

“It is quite incredible how determined these people are.

“Once they know that there is some value inside a building, they turn up with a four-wheel drive, chains and cutting gear to access buildings,” says the farmer.

“Almost nothing is out of bounds. They will figure out how to enter in not too long.”