Police seized a four-wheel-drive vehicle suspected of involvement in poaching – thanks to help from local residents.

It came after Rural Watch volunteers contacted North Yorkshire Police about a group of men with dogs walking across farmland near Bedale at 11am on Friday (22 November).

Officers from the force’s Rural Taskforce and local Neighbourhood Policing Team carried out a search of the area, and located a silver Nissan X-Trail. 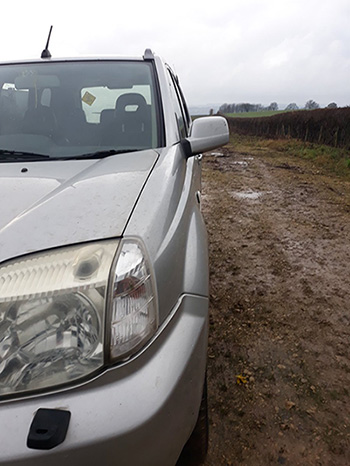 When challenged, the occupants claimed they had opened the boot and their dogs had run off.

But the car was untaxed, and so it was seized by police. It may be sold or scrapped within 14 days if the owner does not tax it and pay a release fee.

Earlier this year, North Yorkshire Police warned poachers that their illegal behaviour would not be tolerated.

Residents are encouraged to note down and report any suspicious activity, such as unusual vehicle movements, particularly in remote, rural areas.

Even if the information doesn’t lead to an immediate response, police say every piece of intelligence helps build up a picture and could prove vital in bring criminals to justice.