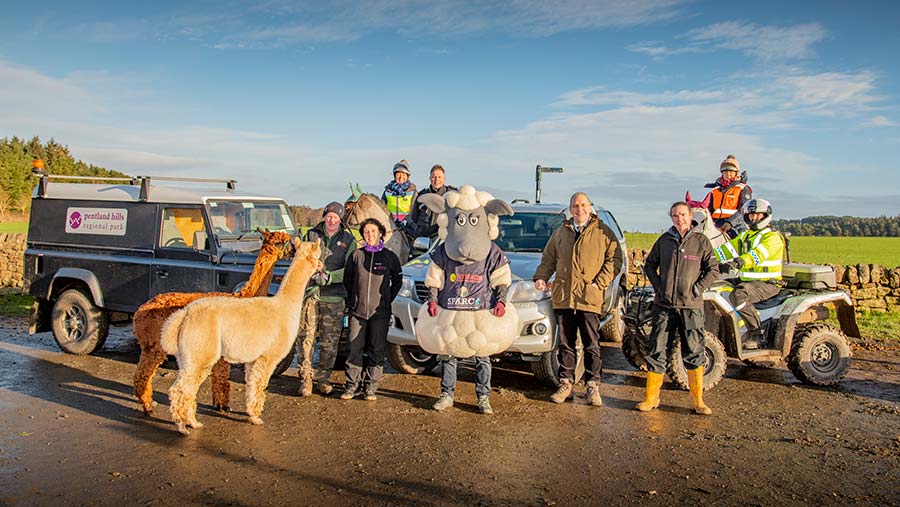 Police and rural organisations have joined forces for a new campaign to raise awareness among dog owners of the serious penalties for livestock worrying in Scotland.

Irresponsible dog owners who allow their pets to attack livestock can now be fined up to £40,000 and sent to prison for 12 months for the most serious cases, as part of tough new penalties which came into force in Scotland last November following a successful Members’ Bill brought forward by Emma Harper MSP.

According to police and rural organisations, attacks on farm animals by out-of-control dogs have increased dramatically since Covid-19, which has led to surges in both dog ownership and countryside visits.

Latest figures from the Scottish government show that Police Scotland recorded 103 incidents of livestock worrying in Scotland between April and November 2021. The figures were disclosed in response to a question from the Scottish Conservative MSP for Aberdeenshire West, Alexander Burnett.

He said: “Dogs can cause stress and panic to livestock, which can lead to premature death, as has happened recently. I urge all dog owners to keep their dogs under close control.

“Livestock worrying may not always lead to an attack, but often results in healthy animals needing to be put down. There are heartbreaking consequences to thoughtlessness – both for the owner and the farmer.”

Rural insurer NFU Mutual said dog attacks on livestock caused “appalling suffering to animals and huge anxiety for farmers and crofters as they deal with the aftermath”.

However, a recent survey carried out by NFU Mutual found that only 4% of Scottish dog owners were aware that they could be fined as much as £40,000 under the Dogs (Protection of Livestock) (Amendment) (Scotland) Bill if they let their pets worry, kill or injure farm animals.

Only 22% knew they could be jailed if their dog attacked livestock.

Under the new legislation, camelids such as llamas and alpacas, together with ostriches, game birds and farmed deer are also now protected.

The Scottish Partnership Against Rural Crime (Sparc) came together with representatives from Police Scotland and NFU Scotland on Tuesday (11 January) to launch a new campaign to increase public awareness of the new legislation.

Sparc’s “Your Dog – Your Responsibility” campaign will run throughout the lambing season when ewes and newborn lambs are most vulnerable to attacks, and will return in the autumn.

Scotland’s national rural crime co-ordinator, Inspector Alan Dron, said the new campaign was timely given the increase in dog ownership during Covid. “It is designed to educate and raise awareness among dog owners, whether new or experienced, that their dog is very much their responsibility.”