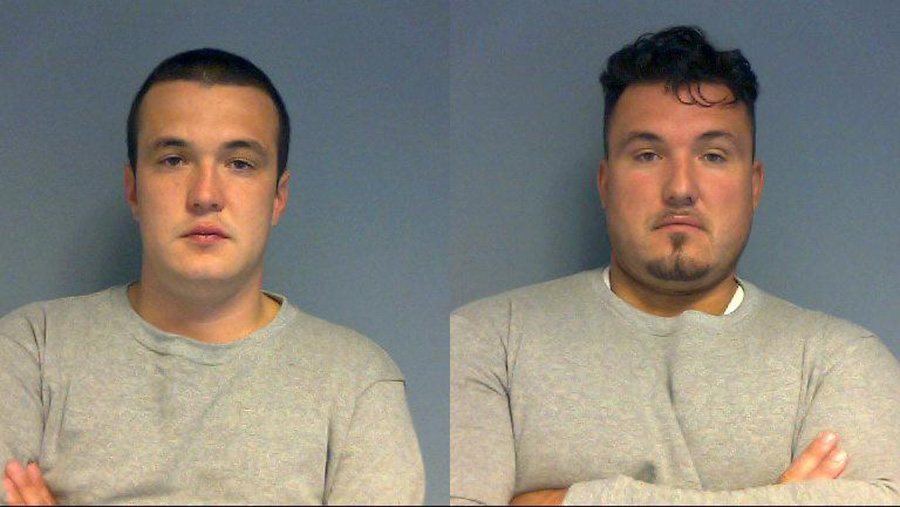 Three men who blackmailed a North Yorkshire farmer and forced him to pay nearly £200,000 have been jailed.

Brothers Dennis and Bernard McGinley from Taunton, Somerset and horse dealer Christy Stokes, from Micheldever, Hampshire, threatened to kill the farmer and his family.

Teesside Crown Court heard that the farmer, who cannot be named, lived in “abject fear” he would be shot in the head.

During a terrifying ordeal lasting nearly three weeks, the 52-year-old farmer emptied his bank account, borrowed money from family and friends and even sold his tractor.

Then he had to hire another tractor for harvest.

The court heard the blackmail conspiracy began in August last year when Dennis McGinley approached the victim at his farm.

Mr McGinley mentioned a previous incident in 2003 when the victim was conned out of about £110,000 over the bogus sale of a mini-digger by two men from Ireland, for a “drugs run”.

He claimed to know the men responsible and outlined a plan for the victim to get his money back, subject to a 30% fee.

The victim was forced to drop off money at car parks, from North Yorkshire to London, totalling nine deliveries.

On one occasion, he was told he was “going to get a bullet in his head” and his whole family would be killed.

Having exhausted his own money and loans from family and friends, he reported the matter to police.

The court heard how on 8 September, officers swooped on a travellers’ site near Taunton and the car park of the Hilton Hotel in Bracknell, Berkshire, to arrest the men.

Police later discovered CCTV footage of gang leader Dennis McGinley’s wife, Bianca, carrying designer goods after a shopping trip to Harrods to spend some of the proceeds, the court was told.

In a a victim statement read out in court the farmer explained how he and his family had been “terrified”.

“My wife locked my daughter in a cupboard, we were that scared these people were going to come and get us if we didn’t pay any money,” said the farmer.

Dennis McGinley, 40, pleaded guilty to conspiracy to commit blackmail and a transferring criminal property offence. He was jailed for seven years and fours months.

The court heard Dennis McGinley had been released from jail subject to licence conditions part way through an eight-year jail sentence for a similar blackmail conspiracy committed against farmers in Wales and North Yorkshire in 2009 in which nearly £800,000 was extorted from a businessman.

Bernard McGinley, 25, was jailed for four-and-a-half years, and Mr Stokes, 44, admitted conspiracy to blackmail and was jailed for three years and nine months.

Judge Simon Bourne-Arton told the gang they had shown a “complete disregard” for the farmer and his family, adding that the effect of the blackmail would live with the victims for a number of years.

Speaking after sentencing, Detective Inspector Mark Pearson, of North Yorkshire Police, said: “I hope the outcome of the investigation, along with the significant prison sentences handed to the defendants at court, will help to provide some comfort and closure from what has been a terrifying ordeal at the hands of this despicable criminal gang.”

Police have urged other potential victims of this gang to come forward and contact police on 101 or Crimestoppers anonymously on 0800 555 111.