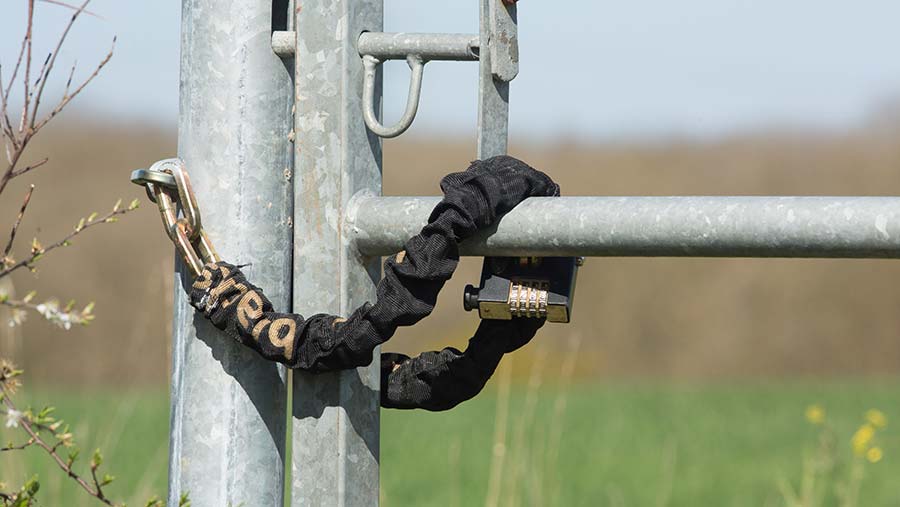 Farmers in the Scottish Borders are being urged to stay extra vigilant following a spate of thefts against rural properties.

Thieves targeted five different farms and rural home in the one night on Monday (18 March).

An Ifor Williams caged trailer and Genset diesel generator were stolen from a farm near Mossburnford, near Jedburgh.

See also: Quad bike theft – how to avoid being a victim

Three Husqavarna chainsaws were stolen from a property near Makerstoun.

Honda 420 and Honda 500 quad bikes were stolen from a farm near Gordon.

An attempt was made to break into a shed on a farm near Smailholm.

PC Nick Walker, of Police Scotland, said: “We would urge farmers and those living in rural areas to be vigilant and report any suspicious activities to police immediately.”

The crimes follow a similar spate of thefts in the Fife area, where three tractors were stolen from  at the beginning of March.

Kate Maitland, NFU Scotland east central regional manager, said: “This spike in rural crime in the area is extremely worrying and the union is working closely with the local police to try to find a solution.

“Whether it’s the theft of machinery or livestock, or the deeply frustrating scourge of fly-tipping, rural crime has a huge impact on its victims, with the inconvenience and emotional costs almost impossible to fully quantify or cover.”

NFUS has issued the following crime prevention advice for farmers:

Anyone with information on any of these crimes is urged to call 101 or Crimestoppers’ anonymous Rural Crime line on 0800 783 0137.