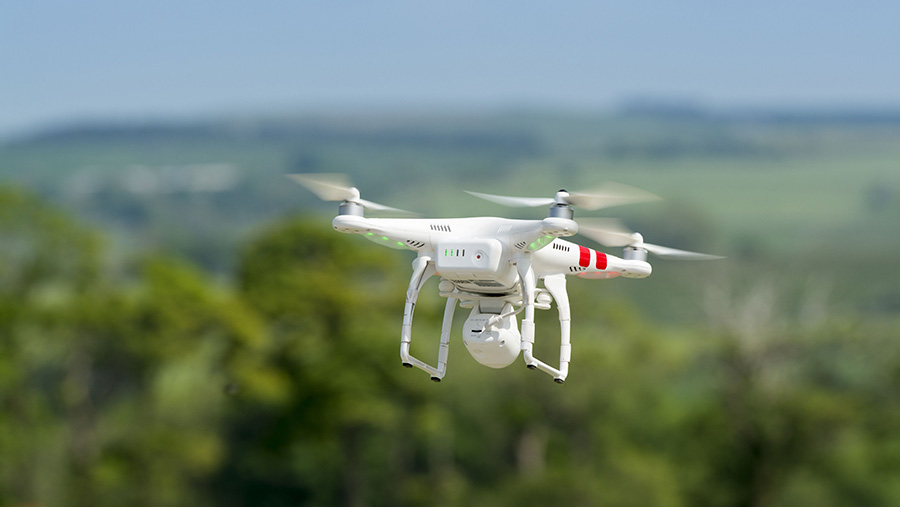 Rural criminals may be using drones to scope farms before raiding them for valuable equipment or to commit burglaries, police fear.

North Wales Police’s rural crime team said it had received a number of reports from concerned farmers and landowners about sightings of drones above their farms during the coronavirus lockdown.

“Over the past few months, we have received a few phone calls about suspicious drones flying over farms,” said team manager Sgt Rob Taylor.

“We don’t have anything evidential to connect this activity with crimes being committed on farms and much of it is anecdotal.”

However, during a Zoom call with fellow senior police officers last week, Sgt Taylor was told that one farm in the Midlands had a drone fly over – and it was burgled the following day.

“We have certainly seen a drop-off in vehicles cold calling on farms. Criminals are aware that they cannot use the roads because of Covid restrictions and, if they do enter farmyards, their registrations may be recorded on CCTV,” he added.

Meanwhile, a farmer in North Hampshire told Farmers Weekly his sheep panicked after a drone was flown over his flock in December. None of the ewes were injured, but they were left distressed.

Rural insurer NFU Mutual said it had received reports of drone sightings above farms, only for equipment and machinery – especially quad bikes – to be stolen afterwards.

“Essentially, we encourage farmers to look at their premises through the eyes of a thief,” she said.

“How have they set out their stall? Is there expensive machinery on display? Is the site nice and inviting with lots of open entrances?”

Sgt Taylor said farmers must not shoot down any drones caught flying above their farms. There may be legitimate reasons and farmers would then be liable for criminal damage.

Instead, he urged farmers to use the 101 police non-emergency number to report any suspicious sightings of drones and only call 999 if it is causing immediate danger to persons.

Are you a farmer who has been targeted by drones and then suffered a crime? If so, please email philip.case@markallengroup.com