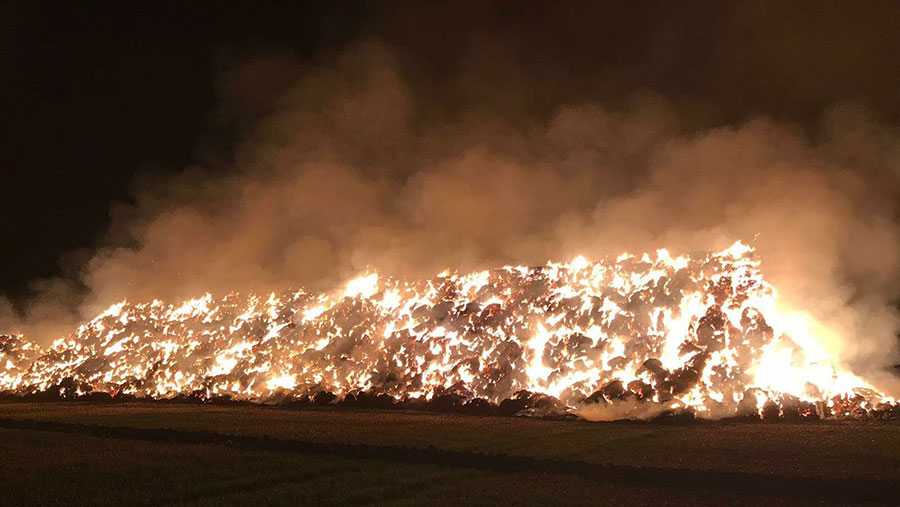 A “barbaric” attack on a farm in Cambridgeshire has left three fallow deer dead and a large stack of straw destroyed.

Charlie Rand was alerted to the fire in his field in Fowlmere in a phone call from his brother at about 3am on Sunday (2 September).

When Mr Rand went to investigate, he found his biggest straw stack, approximately 1500t, was well alight. He was also told that a vehicle’s headlights were seen driving around a neighbouring field.

In daylight, Mr Rand saw tyre tracks around the field and the stack, and then found three dead deer which had been run over.

“I couldn’t really comprehend what I was seeing. It’s just barbaric,” said Mr Rand, who has an arable enterprise, beef unit and straw baling business.

“It’s completely mindless, doesn’t achieve anything, and they have just done it for fun.

“It’s demoralising and disheartening to lose this straw after all our hard work, and it’s going to cost us an absolute fortune.” 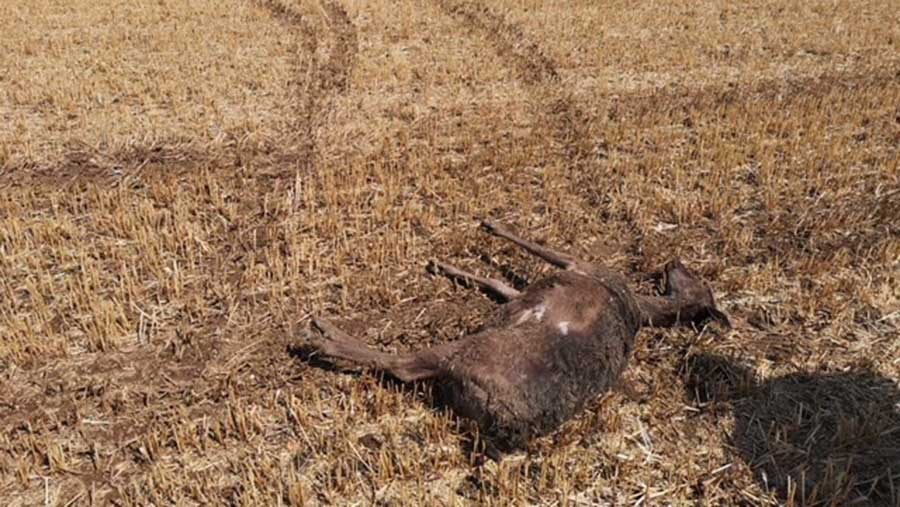 One of three fallow deer killed during the incident

Police and the fire service attended the incident, but Mr Rand, who has had straw stacks set alight before, does not expect anyone will face prosecution.

Cambridgeshire Constabulary has told Mr Rand that the case has been filed, as there were no lines of enquiry.

“It just makes me feel helpless, because it seems to be getting worse and happening every year but nothing comes of it,” Mr Rand said.

“It means we have to barricade our farm like Fort Knox and we’re going to dig trenches around the whole property – but it’s a sad state of affairs that it has come to this.”

Officers have confirmed that they were called to the scene at 2.11am and believe the fire was started deliberately.

Anyone with information about this incident should call 101 and quote incident number 39 of 2 September, or visit www.cambs.police.uk/report.

Alternatively, Crimestoppers can be contacted anonymously on 0800 555111 or via www.crimestoppers-uk.org.