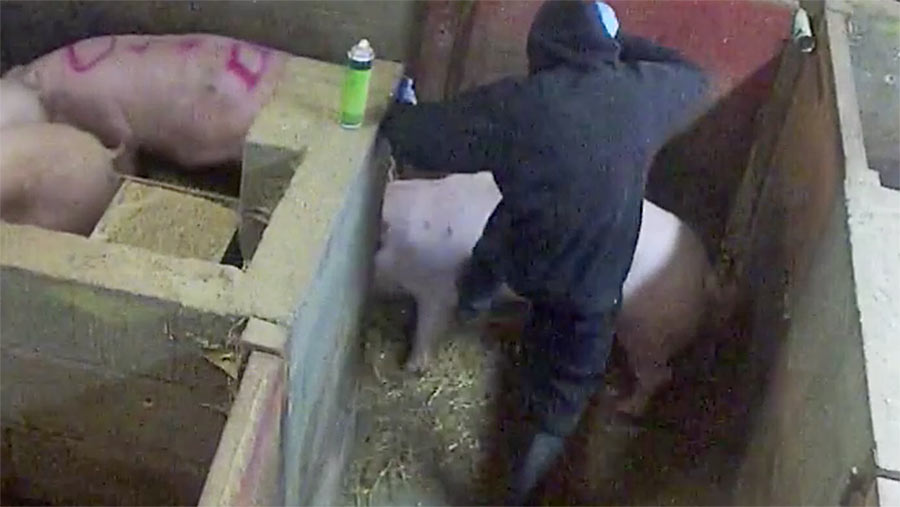 Three farmworkers have been handed suspended prison sentences for causing unnecessary suffering to pigs at a farm in Lincolnshire.

Undercover footage of pigs being repeatedly kicked in the head, hit with gates and jabbed with pitchforks was filmed by Animal Equality in April last year and passed to the RSPCA  to investigate.

Hidden cameras captured the abuse at Fir Tree Farm, Goxhill after a tip off. The footage was later passed to the RSPCA, which brought the prosecution.

Mr Grogprkevs previously admitted causing unnecessary suffering to four pigs by inflicting blunt force trauma, physical violence and the inappropriate use of a pitchfork between 10 April and 27 April.

And Mr Hardy admitted causing unnecessary suffering to two pigs by inflicting blunt force trauma, physical violence and the inappropriate use of a pitchfork between 25 April and 27 April.

In mitigation, the court heard that none of the men had previous convictions, had pleaded guilty and were remorseful.

All were sentenced to eight weeks in jail suspended for 12 months, ordered to do 100 hours of unpaid work and disqualified from owning or working with commercial livestock indefinitely. They were also ordered to pay £500 costs and a £115 victim surcharge.

The National Pig Association has said it could not condone the men’s violence or behaviour towards the animals.

“Such behaviour is abhorrent to all pig farmers and the business involved, which has acted responsibly and immediately by terminating employment of the members of staff following a thorough investigation and is co-operating fully with the authorities,” the organisation said.

“The NPA will take the lead in investigating what further measures can be put in place to prevent any similar incidents from occurring on British pig farms.”