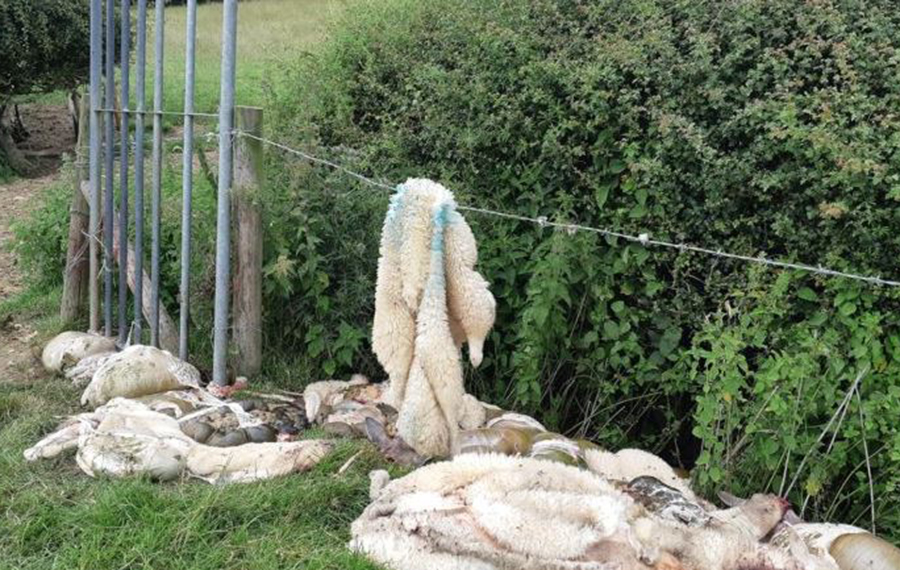 Three men have been jailed for the illegal slaughter of hundreds of sheep and lambs on farms across Northamptonshire.

Robert Iordan, 23, and Florin Nutu, 36, were each sentenced to four years and four month,s and a third man, Viorel Manu, 39, two years and 11 months.

The men were responsible for at least a dozen recorded incidents of illegal sheep slaughtering on farms in the Midlands county last year.

More than 120 sheep and lambs died in the sickening four-month killing spree between 22 June and 7 October.

Northampton Crown Court was told that the killings caused severe distress to farmers. The men travelled across the county, killing and butchering sheep in order to steal the meat and profit from it.

In one incident, a farmer made the grim discovery of butchered carcasses of 15 sheep while her two young children were with her. The remains had been discarded at the edge of the field, with one carcass hanging from a barbed wire fence. 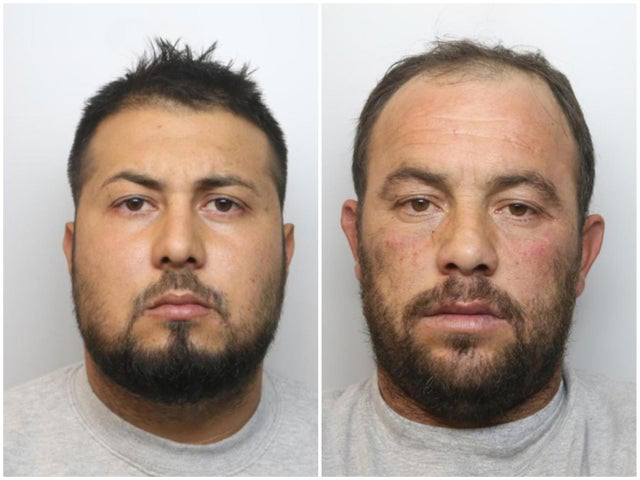 The court heard that police arrested the men on the A14 in the early hours of 7 October near Welton, Lincolnshire, after they were caught fleeing the scene of an attack.

Officers found blood-soaked butcher knives and the carcasses of nine sheep in the back of their van.

Speaking to the men via video link at Northampton Crown Court, Judge Adrienne Lucking described the killings as “gruesome and distressing”.

Judge Lucking said: “The sheep were in each case stolen for their meat, butchered in the fields, and their unwanted body parts left strewn around for their owners to find.

“On one occasion two very young children were completely traumatised finding their sheep slaughtered and butchered, such that they were screaming at the sight.”

The court heard that the men became involved in the killings out of desperation for money. Police are still trying to trace who bought the illegal meat.

Iordan and Nutu, both of Dunsink Road, Birmingham, pleaded guilty to conspiracy to steal in relation to the slaughter and butchery of livestock.

Father-of-one Manu, of no fixed address, changed his plea to guilty on the day of his trial for the same offence. He was given a shorter sentence as he  took part in only one offence.

In a statement read to the court, the NFU said: “The successive strain of events over several months put an immeasurable amount of stress on farmers and their families and is something we hope never to see again.”

Lead investigator Det Con Jamie Cooper of Northamptonshire Police said: “These crimes caused farmers a great deal of upset and anger last year and I’d like to thank them and the wider rural community for their support and patience during our investigation.”

NFU Mutual estimates farm animals worth £3m were stolen in 2019, a staggering increase of nearly 20% in two years.

“This form of crime is devastating for farming families, who find the remains of slaughtered animals in the field. For smaller farmers, the loss of a number of stock can wipe out profits and disrupt the operation of the farm for years as they rebuild flocks,” she said.

In the past few days, NFU Mutual has received reports of sheep being butchered in farmers’ fields – presumably committed by criminals seeking to cash in on current public concerns of food shortages due to the coronavirus crisis.

In March, there were reports of a number of rustling incidents, including 70 suspected stolen sheep recovered by police when they stopped a livestock transporter in North Yorkshire, and 47 lambs stolen from Monmouthshire.

To deter livestock thieves, NFU Mutual advises farmers to:
· Ensure stock is clearly marked and records are up to date
· Graze animals in fields away from roads where possible
· Consider a sheep fleece marking system such as TecTracer
· Join a farm or rural watch schemes to share information about crime