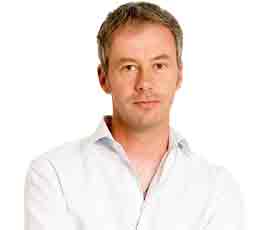 Scrap metal fever has hit Britain. Thieves will attack anything. Broadband cables have been ripped up, farm gates wrenched from their hinges and barbed wire fences cut, post-by-post, leaving nothing but the staples.

The craze is driving people beyond morals and self-preservation. War memorials have been stripped of their inscriptions, high voltage power lines grounded, even, an attempt made at stealing a standing barn. That’s not just theft, it’s criminals sticking two fingers up to society and the law.

With a few facts it’s not hard to see what is pushing them and why they are so confident.

A shortfall in metal has sent values into orbit. Just 300 registered metal recyclers generate £5.3bn a year. These though are the good guys carrying out a legitimate business with documented evidence of transactions.

The root cause of the thefts lies in the unregulated yards which pockmark Britain, taking any metal goods for cash – no questions asked.

Police estimate that there are more than 100 yards operating outside the law, handling 15,000 tonnes of stolen metal a year with a value of £300m.

So what’s to stop the thieving? Right now, nothing.

If the police go to one of these dealers how do they begin to find out what’s legitimate and what’s not, in the midst of tangled cable, farmgates and vehicle parts. There’s no paper trail and their powers of search are so limited they are fighting with the long-arm-of-the-law tied behind their backs.

If they do catch someone the courts are let down by a lack of grist and cohesion in legislation. Some of the fines handed down have been, frankly, pathetic.

Something has to be done. And only the government has the clout to do it.

First off, to stamp this out, we need better deterrents. The punishment has to fit the potential loss.

Not just the value of the metal itself but the potential loss of income and danger to the public.

The police too should be given more power. They should be allowed to investigate all premises owned and operated by a scrap metal dealer. If they find stolen goods the yard should be shut down permanently.

The government must then turn its sights on the market, hitting it with a weight of regulation that will squeeze the life out of the illegal trade.

How? Make the scrap unsellable by stopping cash sales of scrap metal. Instead make cheque or direct transfer payments mandatory that would create a paper trail to the criminal’s door.

That would go a long way to putting off the thieves.

As for the yards themselves it is time to get tough there too. A stricter licensing regime is needed to replace the existing voluntary register along with mandatory CCTV installations to identify sellers and their vehicles.

All of these recommendations are common sense and achievable. All lie within a bill proposed by Labour MP Graham Jones.

DEFRA promised swift action on illegal yards back in June. Caroline Spelman repeated that promise this week. So please, Mrs Spelman don’t wait for businesses to suffer or worse a tragedy to arise. Back Mr Jones’ bill to make it law as soon as parliament allows.

• To have your say on this topic either add your comment below or join the discussion on our forum.