A prolific fly-tipper once dubbed “Britain’s worst fly-tipper” is back behind bars after committing a string of further waste crimes.

Marcus Bairstow, 41, was convicted of numerous counts of fly-tipping at Southampton Magistrates Court, and breaching his anti-social behaviour order (Asbo).

He pleaded guilty to five offences, was sentenced to 30 months in prison and ordered to pay a £150 victim surcharge.

Judge Elisabeth Bussey-Jones said Mr Bairstow committed deliberate acts which were carried out for financial gain and were a “flagrant breach of his court order”.

The court heard Mr Bairstow was convicted in March 2011 following a major multi-agency investigation into the dumping of waste in Hampshire.

He collected waste in Southampton and took it out into the countryside to fly-tip. Bairstow was convicted on numerous counts, given two years in prison and a five-year Asbo.

The order bans him from most waste activities other than lawfully carrying waste. He was also exposed by the BBC’s Rogue Traders programme, which bugged and tracked waste and filmed Mr Bairstow dumping it. 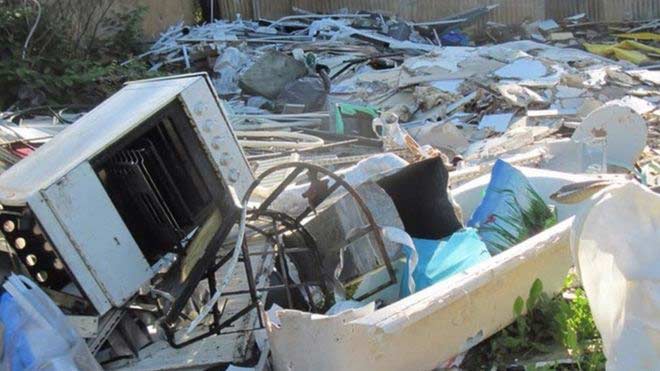 The Environment Agency said a developer had waste on site at Padwell Road in Southampton, which was collected by Mr Bairstow.

A farmer later found that entry to his land near Rownhams had been forced, and this waste had been dumped there.

Also a van belonging to Mr Bairstow was seen fly-tipping waste in the car park of the Talking Heads pub in Portswood, in February 2015.

In May 2015, Mr Bairstow rented a small plot of land at Park Farm, in Eastleigh, but fires started to accumulate.

In July 2015, police and fire services discovered a fire on the site had burned a tree and fencing. The blaze also set alight timber belonging to a builder in a neighbouring unit.

Nigel Oliver, of the Environment Agency, said: “Mr Bairstow was clearly aware of his obligations and responsibilities in the handling and treatment of waste, but yet again wilfully ignored them, putting the local environment at repeated risk.”