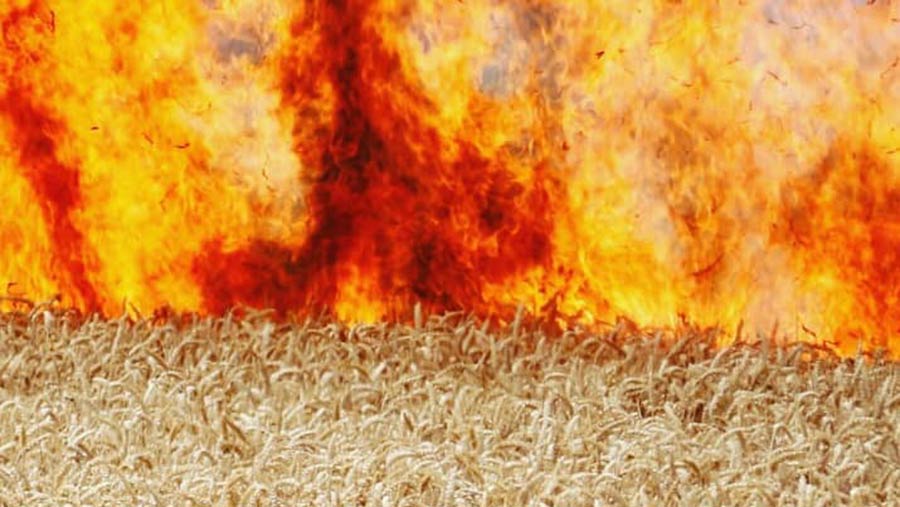 A Suffolk farmer has been inundated with messages of support after a field fire consumed 14ha of barley.

Fly-tippers burning rubbish in a field gateway are believed to have caused the fire which destroyed the standing crop on Wednesday (17 July).

The burning rubbish is believed to have ignited the barley which then spread rapidly at Foxhall, on the outskirts of Ipswich.

Congratulations to the ?￰ﾟﾔﾚ’s that decided to burn rubbish in our field gateway next to 40 acres of fit barley.
Many thanks to ⁦@HomeFarmNacton⁩ for the plough and a big thanks to ⁦@SuffolkFire⁩ for the effort.
35 acres burnt, 5 saved.#FarmSafetyWeek #goodneighbours pic.twitter.com/8lDCwzA5wh

Some 14ha of barley were lost – but 2ha were saved, said Mr Kiddy.

Suffolk Fire and Rescue Service posted pictures showing the scale of the incident that confronted its firefighters arriving at the scene.

At its peak, 19 fire crews worked under extremely challenging conditions to bring the incident under control.

Here are some photos showing the scale of the incident crews were confronted with on their arrival at this afternoons #standingcrop fire at #Foxhall. Thank you to all the crews who worked under extremely challenging conditions, and to #Ipswich East OnCall for these photos. pic.twitter.com/VIu8LAsr3I

Well-wishers such as Gordon Cummings praised everyone who fought the blaze.

Well done to all, quick thinking. Did police arrest the fire starters?

That is so sad to see that happening – crops just about ready for harvest and some idiot make a fire – hope they catch whoever is responsible !

Andrew Diver suggested the fly-tippers started the fire after finding the local recycling centre was closed.

Utterly Disgraceful. Sounds like they went to the recycling centre and found it was closed on Wednesdays and dumped. Really hope someone saw them and can trace the culprits and throw the book at them!