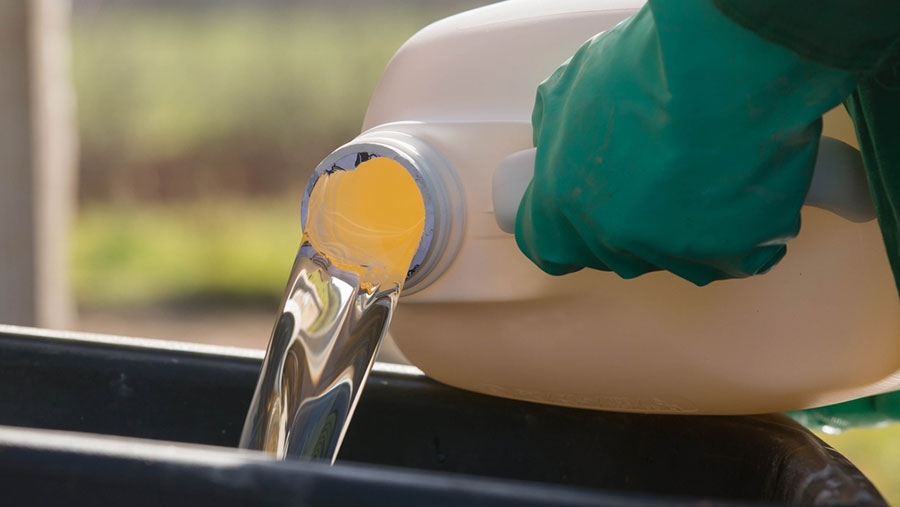 Police are warning farmers in Scotland to stay vigilant for illegal and counterfeit pesticides.

A campaign is being run as part of a European-wide initiative, co-ordinated by Europol, against the trade – often run by organised criminal gangs.

Although there is no evidence that the use of illegal pesticides is widespread in Scotland, the campaign is in response to an emerging threat in Europe.

About 10% of all pesticides in use throughout Europe are thought to be illicit or counterfeit – and have not undergone any form of safety checks.

Counterfeit pesticides have already resulted in the loss of farmland worth €3m (£2.55m) in Poland.

Now Scottish police are visiting farms and suppliers to warn of the threat posed by the chemicals to farmers and staff working for agricultural merchants.

A previous operation in 2015 by Europol carried out at ports and airports across seven EU countries recovered 190t of illegal or counterfeit pesticides.

Chief superintendent Barry McEwan, head of safer communities for Police Scotland, said it was important to keep illegal pesticides out of the country.

“Counterfeit and illicit pesticides have been identified in parts of Europe as an emerging threat posed by organised criminals,” he said.

The same criminal networks, which import, distribute and sell counterfeit and illicit goods, may see a similar opportunity for illegal pesticides in Scotland and exploit it without considering the harm.

“This preventative approach will be supported by enforcement action during March, with a shared commitment to tackling organised crime and reducing the harm it causes.”

A recent report from the EU’s Intellectual Property Office (EUIPO) showed the production of fake pesticides cost EU agrochemical businesses about €1.3bn (£1.1bn) each year in lost revenue, including £65m in the UK.