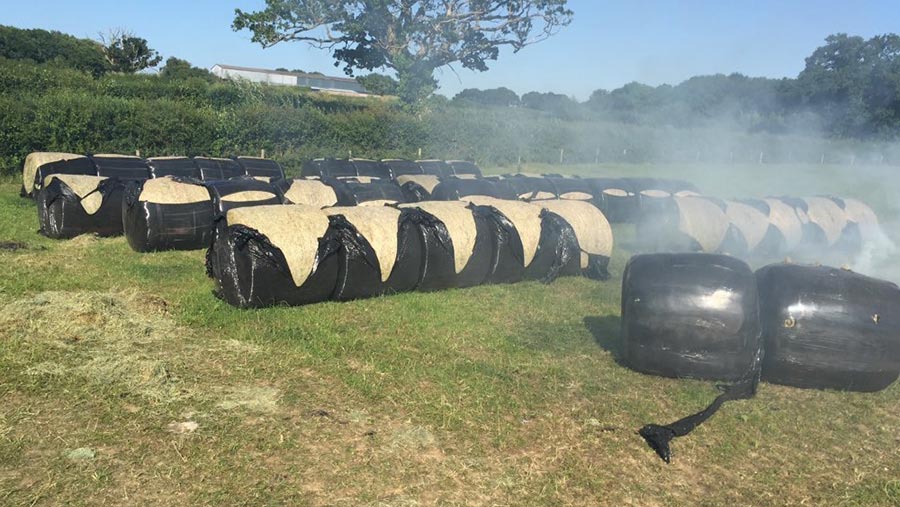 Vandals are causing huge losses on livestock farms and jeopardising precious forage supplies in a new wave of rural crime sweeping the countryside – the destruction of silage and hay bales.

The damage has been widespread, affecting farms in Cheshire, Lincolnshire and Somerset, as well as in Ireland. Typically, bales have been slashed open, but some have been set alight while still in the field.

The risks associated with arson are particularly high given the prolonged spell of hot, dry weather.

On top of this, low grass growth has left some farmers concerned about forage availability. Having bales vandalised and destroyed is adding further pressure to livestock farmers already facing shortages.

On Monday (25 June), Matthew Senior, an organic dairy farmer in Crewkerne, Somerset, discovered his bales set alight at milking time. He is now unlikely to have enough forage to last through the winter.

“We had 80 bales waiting to be stacked. All were slashed open and those on the front of the stack had been set alight,” he said. “It will add another £300 to the cost of the bales, because they’ll have to be rewrapped and six are completely unusable. My heart just sank – why have they done that?” 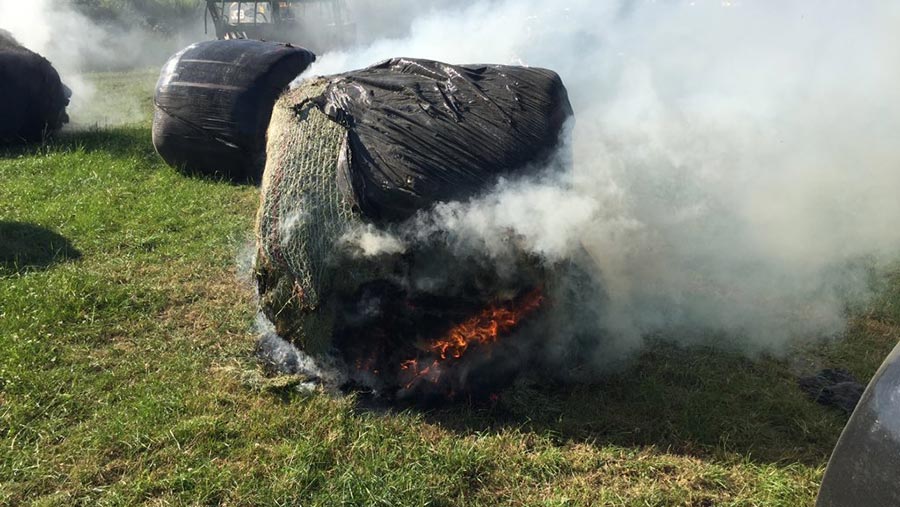 Some hay bales were set alight on Matthew Senior’s farm

Further north, Jeanette Mcguinness had 26 bales slashed open at her livery yard near Manchester. “We have all the equipment to rewrap them, it’s just a waste of time and effort,” she said. “It was lucky it hadn’t rained.”

She will now have to sell the bales at a reduced price to livestock farms. 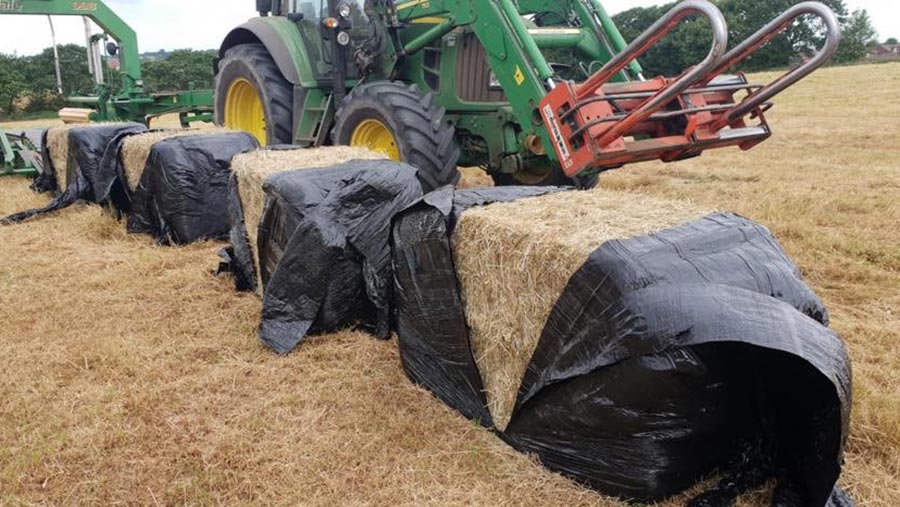 A similar incident has been reported in Lincolnshire, where Nigel Wright had 16 bales slashed open. “We had to remove the net, roll them out and then rebale them – a waste of time and money,” he said.

David George, regional communications adviser at NFU Mutual, said: “Unfortunately, farms are vulnerable to this sort of casual vandalism and it is clearly impractical to keep silage bales under lock and key 24 hours a day.

“Always report incidents of vandalism and criminal damage to the police, keep an eye out for any suspicious vehicles or people, and sign up to your local Farm Watch or Crime Watch scheme.”