A Ceredigion farmer who failed to dispose of dead sheep properly and allowed his flock to succumb to sheep scab has been ordered to carry out unpaid community work and cover the costs of the investigation. 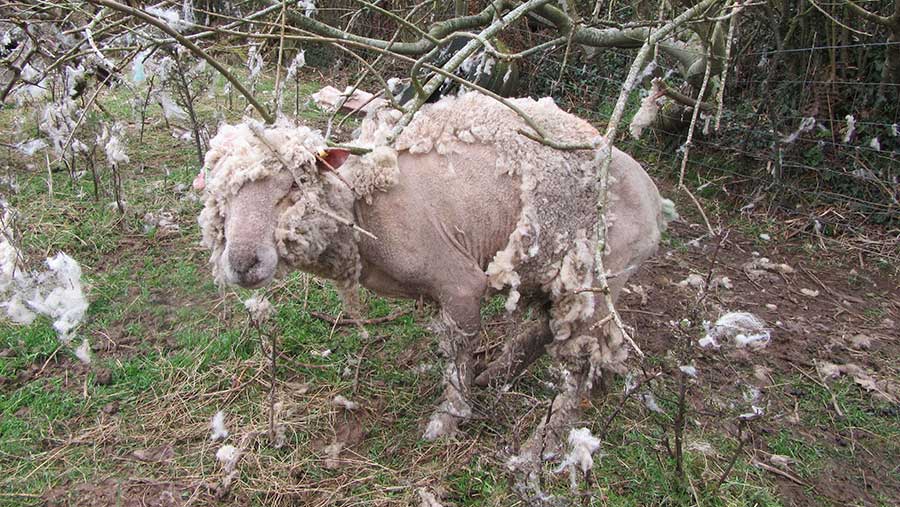 On 11 April 2018, 47 sheep carcasses in various states of decomposition were found on Mr Williams’ land, and these were accessible to live sheep and their young lambs.

The majority of the flock inspected were also seen to be suffering from sheep scab, with severe wool loss, irritated skin and weight loss.

“There were three separate offences under the Animal Welfare Act 2006, two of which were for causing unnecessary suffering to two ewes,” said a spokesman for Ceredigion County Council.

“One ewe was suffering from severe weakness due to scab infestation. Another was found unconscious on the land with her intestines protruding, likely due to predation, as she had also suffered from scab over a prolonged period.”

Another offence related to Mr Williams’ failure to properly inspect the flock and to manage and treat the sheep scab effectively.

Mr Williams, 47, had previously appeared at the Aberystwyth Magistrates Court, where he entered pleas of guilty to the four offences.

Magistrates sentenced him to a community order, requiring him to carry out 250 hours of unpaid work in the community.

He was also ordered to pay the investigation and legal costs, which amounted to £1,648.

Alun Williams, Ceredigion County Council’s lead officer with responsibility for policy and performance said, “The council is deeply saddened that yet another serious animal health offence has been committed within the county.

“Our animal welfare officers and our legal team had no option but to carry the prosecution due to the seriousness of the offences committed.

“I would urge individual farmers who are facing difficulties in caring for their stock to seek advice from the County Council and the farming unions.”