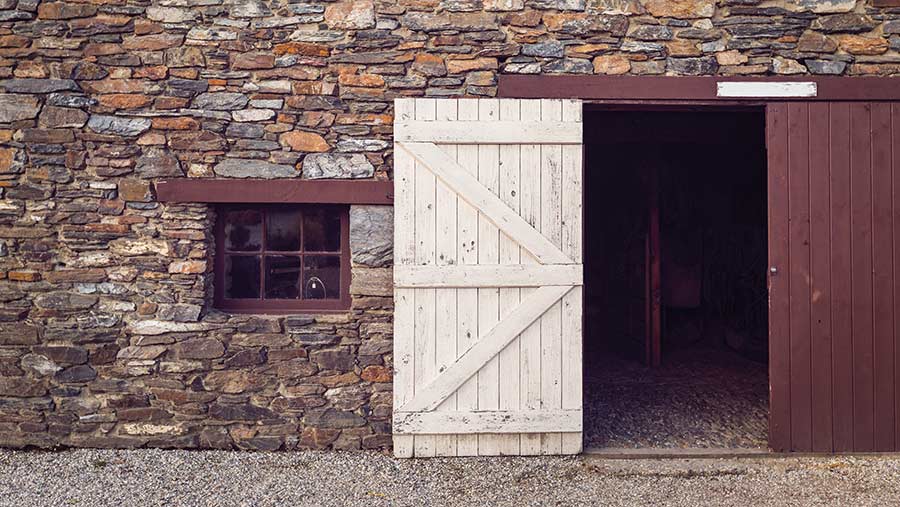 Working farm dogs have soared in value, with one 12-month old sheepdog recently fetching £28,000. But even the plainest pooches now command a hefty price tag, making them a soft target for criminals.

We speak to three farmers who have suffered from dog theft crime and find out from NFU Mutal the extent of the problem across the country.

NFU Mutual says it has seen a significant year-on-year rise in claims for stolen working dogs, and social media is awash with distressing stories of pets taken from their owners.

There are even cases where multiple sheepdogs have been stolen from farms in a single incident, says the insurer’s rural affairs specialist Rebecca Davidson.

But, even though dog prices have soared since the first national lockdown in 2020, the issue is about much more than money. “It’s often losing a valued member of the family, a best friend and an important worker on the farm team,” says Ms Davidson.

“Criminals are taking advantage of the high values working dogs can command, and even livestock rustlers are targeting sheepdogs.”

For evidence, she points to the case of one farmer who had two dogs stolen. When they were returned 18 months later, one of the dogs repeatedly broke out at night to round up the farm’s sheep flock. “He had obviously been set to work by a prolific thief in the 18 months he was away.”

Another working dog, which was also reunited with her owner, had bred a litter of pups which, says Ms Davidson, raises concerns about puppy farming.

The emotional distress that the theft of a dog can have on owners is taken into account in court sentencing guidelines, and higher penalties are recommended.

However, more than 156,000 people have now signed a petition calling on the government to make dog theft a specific criminal offence, punishable with a minimum of eight years in prison and a fine of at least £5,000.

Alice Ash, a volunteer with DogsLost, an organisation that helps owners search for missing animals, supports the campaign.

She says existing laws don’t reflect the fact that, for many people, dogs are like members of the family. “A farmer puts a lot of work into training a dog, but in the eyes of the law they have no more value than a spade,” she suggests.

“A working dog is one of the most important members of the team on a sheep farm, farmers rely on them,” she adds. “If a dog goes missing, it causes the farmer great hardship but, as well as that, they have a great bond with their dog.”

And it’s not just people who pay the consequences. “Dogs make a big connection with the person closest to them and when they are taken away from that person, they suffer too,” Ms Ash says.

Only a minority of stolen dogs are reunited with their owners, but Welsh farmer Gareth Howell is among the fortunate few.

Six of his dogs – four King Charles Cavaliers, a Bichon Frise, and a golden Cocker Spaniel from which he had previously bred – were stolen earlier this month.

In the week before that, Mr Howell, who is 77 and a beef and sheep farmer, recalls hearing a mobile phone ring outside his house. He went outside to investigate, and fencing contractors told him of a vehicle and its occupants who had been acting suspiciously nearby.

The quick-thinking farmer blocked the quiet country road running by his farm, flagging down several vehicles, questioning the drivers and making a note of their registration numbers.

A few days later, as Mr Howell was returning to the farmyard, he saw two of his older dogs tied up with string along the road. He checked his kennels and discovered the other dogs had been stolen.

Mr Howell alerted the police and provided them with details of the vehicles he had noted earlier in the week.

All the dogs had been microchipped and, thankfully, were returned to Mr Howell within two days of the incident being reported.

Dyfed-Powys Police have credited “swift and tenacious” work by multiple departments, including a traffic policing unit, for the recovery of the dogs.

Mr Howell was supported by the Farmers’ Union of Wales during the incident and, living in a remote location, now has additional security in place.

“I am just grateful that they are back and unharmed and thankful to the police, but the whole experience was upsetting,” he says.

A theft that has yet to have a happy ending is the recent snatching of a litter of puppies from a farm in Gloucestershire.

The five Border Collie cross Kelpie pups belonged to shepherd Will Bevan, who runs a flock of 1,500 ewes on an organic system at Stow-on-the-Wold.

The thieves entered the farmyard through a gate that is generally not used, driving through a field and leaving all the gates open. Mr Bevan believes the thieves were specifically hunting for the pups as doors to other buildings had been thrown open.

He suspects that the four-week-old pups – two dogs and three bitches – may have been stolen around 10pm on Friday, 5 February as barking was heard at that time. The mother of the litter, a working dog, wasn’t taken.

“She has had time to get used to her pups being gone, she is back out on the farm with me, but she had been very distressed,” says Mr Bevan.

As the days since the theft turn into weeks, he refuses to give up hope that the animals will be returned. “These pups were still suckling from the mother. They need to be back with mum for their best chance of survival, they are in significant danger,” he says.

If anyone has information about the theft, the crime number of the incident is GC20210206-125. 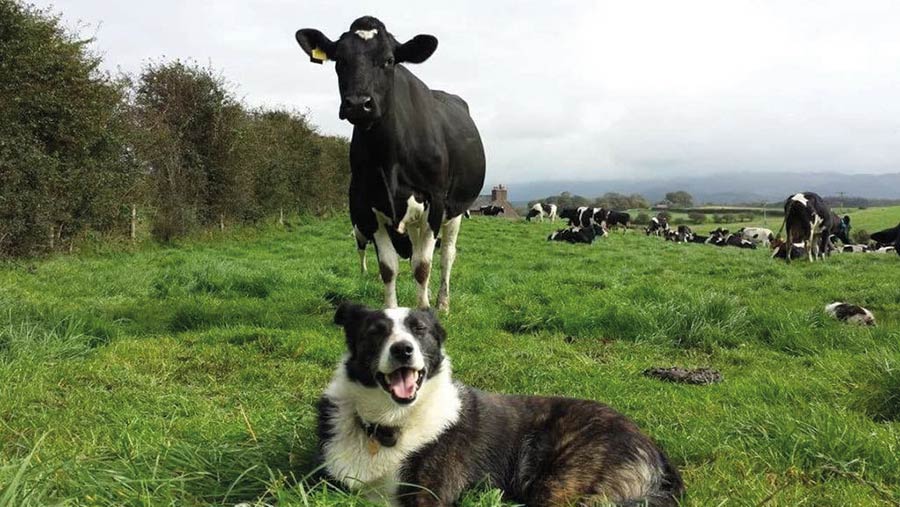 Leicester dairy farmers Esther and Jimmy Pritt were on holiday in summer 2018 when they received a call reporting that their dog – a large brown brindle collie cross called Rabbit – had gone missing.

“Rabbit was one of five dogs kept on the farm, but was the best trained and most versatile,” says Mrs Pritt. “The thief must have known the dogs and their qualities to distinguish between them, and take the most valuable option.”

“But her financial value is just the tip of the iceberg in terms of what her loss has cost us,” says Mrs Pritt. “We were simply devastated.  She was a huge part of our family and our farm business. Not only was her work rate worth about three people, but she was my husband’s best friend.”

The Pritts offered a £2,000 reward for her return, but there has been no sign of her. They think it’s likely she is working in Cheshire or Wales.

“We’ve struggled hugely to get by in her absence. While we’ve got other dogs, they are nowhere near the standard Rabbit was. It will take around three years of training before they are in a position to take on all of her functions.”