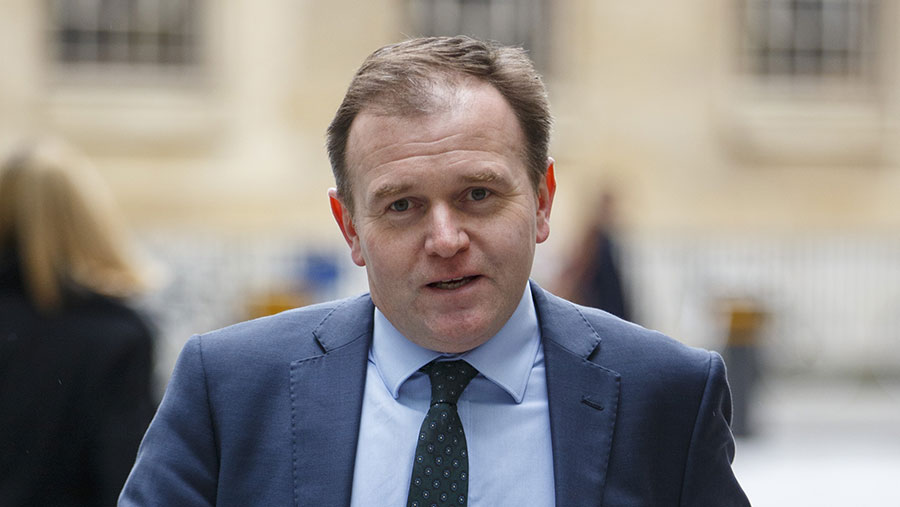 Defra farm minister George Eustice has chaired a meeting with farm leaders from the UK’s devolved nations to hear their views on the government’s Brexit consultation paper on agriculture.

Key stakeholders from Scotland, Wales and Northern Ireland joined MPs for the open round-table discussions at Defra headquarters in London on Thursday (22 March).

A Defra spokesperson said: “Given the devolved administrations will have greater powers to decide their own agriculture policy when we leave the EU, the minister is keen to hear about their future plans and ensure there is the opportunity for different areas to collaborate and learn from each other’s experiences.

“It was a productive meeting, with representation from NFU Scotland (NFUS), Scottish Land and Estates, NFU Cymru and NI Environment Link [NIEL], among others.”

Among the issues discussed were:

Defra’s Brexit consultation paper for agriculture – Health and Harmony: the future for food, farming and the environment in a Green Brexit – confirms the government’s intention to replace the existing system of farm support with a new framework based on environmental enhancements and the delivery of public goods.

Defra has indicated that certain powers would be retained by Westminster initially after Brexit to provide for UK frameworks.

But farming unions across the UK’s devolved nations are concerned Defra may seek a “power grab” of EU policy currently exercised by Brussels. They are seeking an appropriate balance between devolution and common UK frameworks after Brexit.

Commenting on the meeting, NFUS vice-president Martin Kennedy said: “As the Brexit negotiations ramp up, so too does NFU Scotland’s engagement with officials and parliamentarians. Continued dialogue on the union’s key principles of trade, labour and support is hugely important.”

A National Audit Office (NAO) report, published in December, which considered how Defra policy will be implemented after Brexit, found about 80% of its policy areas are devolved.

“The department needs to work closely with the devolved administrations to agree where UK-wide frameworks are needed in Defra’s devolved policy areas,” said the report.