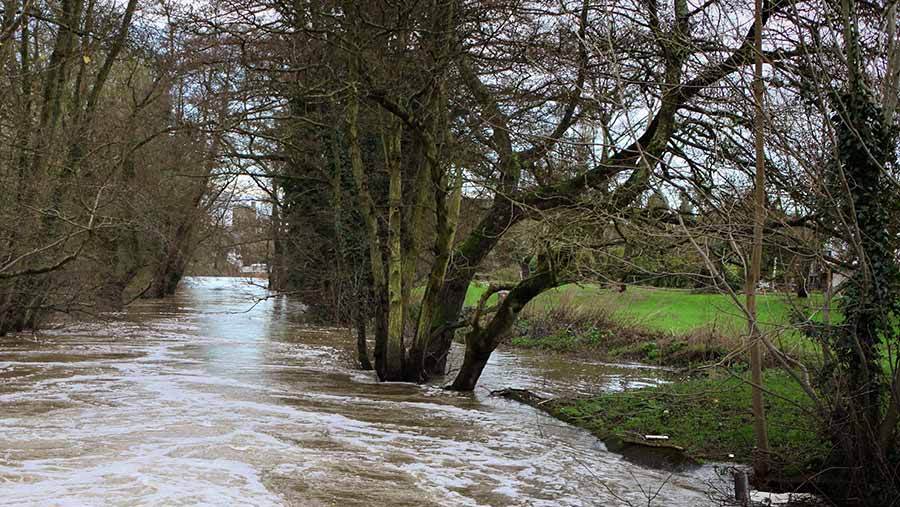 Payments to farmers affected by last winter’s floods have started to flow, though hundreds are still awaiting for cheques to arrive, new figures from Defra reveal.

Large swathes of farmland in northern England were left under water for weeks in the wake of storms Eva and Desmond last December, the wettest December in a century.

Affected farmers were invited to apply for grants worth up to £20,000/business to help them restore their land and repair damaged riverbanks.

In total, Defra has approved 1,035 applications for funding worth £9.1m, but can only release the money once farmers’ receipts have been submitted. By Tuesday (6 September), Defra said it had paid 180 grants worth more than £1m.

However, some 820 flood-hit farmers are being urged to complete the work and submit their receipts to receive their payments, worth an additional £8m.

Lancaster farmers JD & V Towers and Son are among those who have been paid. The farm business was awarded the maximum £20,000 after at least half of the land at Camp House Farm was flooded.

The floods damaged 1,500m of fencing, five field gates and gate posts. Debris was also scattered on the land which needed to be removed. Work has also been undertaken to rebuild washed out river banks and repair a blocked pipe, bridge and track.

The Country, Land & Business Association (CLA) urged the Rural Payments Agency to ensure outstanding payments were made as quickly as possible.

CLA North rural adviser Libby Bateman said some farmers had had to carry out flood repairs at the risk of not getting reimbursed.

“Coupled with delayed BPS payments, this has put a great deal of additional pressure on farm finances,” she added.

Others have encountered difficulties with riverbank work, due to a “lack of consistency” in Environment Agency advice, said Ms Bateman.

“The Environment Agency is bound by licence conditions that have been unworkable in these extreme circumstances, so this has created some challenges that should be reviewed for any future schemes.”

NFU flood management and access adviser Martin Rogers said it was vital farmers read their grant funding agreements carefully to ensure they were covered for the work.

“Evidence is also crucial – such as photographs taken before, during and after repair works. Invoices/receipts should also be kept,” he added.