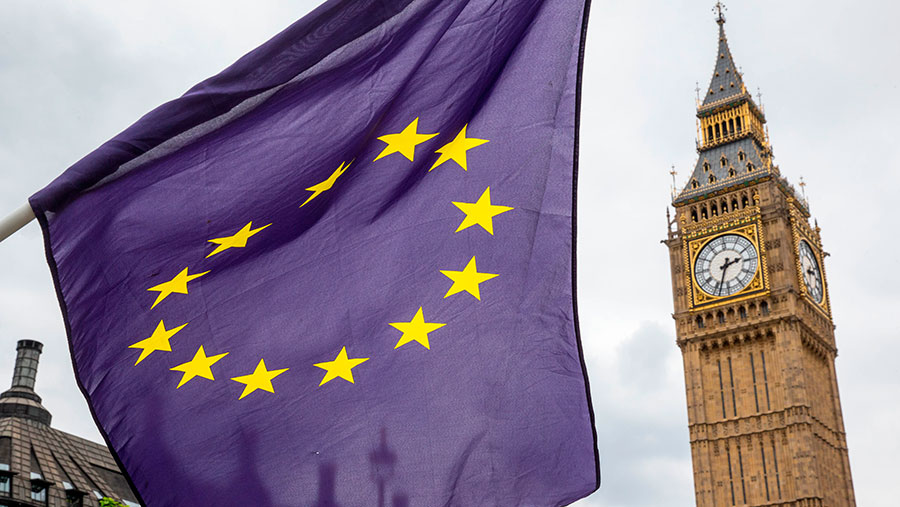 Hundreds of millions of pounds has been set aside by Defra to pay fines levied by the EU Commission for mismanagement of subsidy payments.

The department has estimated in its annual report that a bill for the sum of £230m is likely to be levied against the UK in what are officially known as Common Agricultural Policy disallowances.

Defra estimates that it will have to pay £198m for failures relating to the Basic Payment Scheme (BPS) in 2015 and 2016, £21m for errors relating to cross-compliance arrangements, and £11m for further BPS late payment penalties.

See also: Complaints against RPA double in past financial year

This will only be confirmed once commission staff have conducted their own audit of Defra’s performance, likely to be during the coming year.

With disallowance payments of £647m having already been paid during the period 2005-2014, this could bring the total penalty to a staggering £877m.

Potential penalties chiefly relate to the failure to get payments to farmers on time after the new online application system, introduced in 2015, experienced widespread failures, resulting in deadlines being extended and the paper system partly reintroduced.

Further problems occurred in 2016, with the Rural Payments Agency (RPA) failing to deliver payments to 16% of farmers by the 31 March deadline.

The figure for the UK as a whole is likely to be higher still, as payment of European funding is a devolved issue.

A report released by the auditor general for Scotland estimates that the Scottish government could be liable for a bill of £40m-£125m for failing to deliver subsidy payments to Scottish farmers.

This is in spite of spending £178m on a new computer system to deliver subsidy payments.

However, that figure is contested by the Scottish department for rural affairs, food and environment, with a government spokesperson admitting: “It will be very many months before we know whether late payment penalties will apply or any precise amount.”