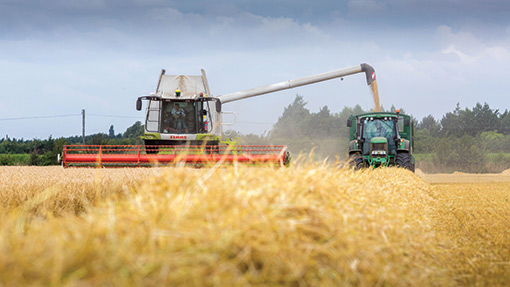 Farming leaders have criticised the government’s attitude towards agriculture after farm minister George Eustice said he was happy with the level of UK self-sufficiency in food.

NFU vice-president Guy Smith said he was disappointed that Mr Eustice told a parliamentary committee the government was content with current levels of self-sufficiency – even though the UK produces just 62% of its own food, down from 75% in 1991.

Giving evidence to the Environment, Food and Rural Affairs Committee, Mr Eustice said: “Food security is not just about self-sufficiency at a national level. Actually having open markets and free trade globally has got a very important role to play in making sure we have food security.”

Asked whether DEFRA was doing anything to encourage UK consumers to buy more in-season produce rather than imported alternatives, Mr Eustice told MPs: “We are not promoting anything directly in terms of consumers – we are not supporting any advertising campaigns.”

But Mr Smith said the government should do more to help boost farm output. The union was determined to increase farm production in the UK after 30 years of decline, he told Farmers Weekly. “We really do need DEFRA to champion that cause.”

Mr Smith said: “It is very disappointing to hear George Eustice suggest he is not concerned that UK self-sufficiency is at its lowest point for a generation. This isn’t just about food security, its also about jobs, economic growth and our balance of payments.”

The differing views were aired during a week when former NFU president Peter Kendall pledged to help “grow” UK farming following his appointment as chairman of the Agriculture and Horticulture Development Board (AHDB) on Monday (7 April).

Mr Kendall was NFU president when the union launched its Back British Farming charter last summer, warning that, if all the food produced domestically in a year was stored and eaten from 1 January onwards, Britain would run out of food by 14 August.

Mr Kendall said: “I have for a long time expressed great optimism in the future of British agriculture and I believe AHDB must be central to providing farmers and growers with the tools required to deliver growth over the coming years.”