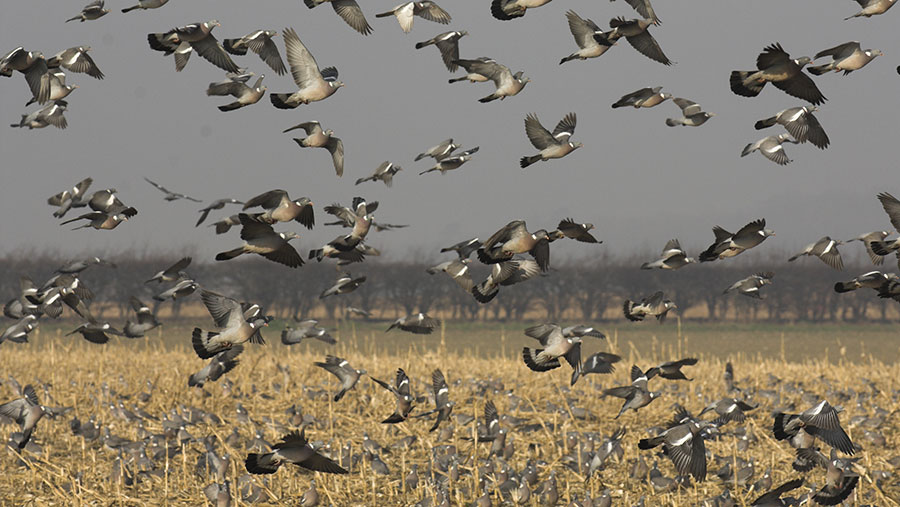 The government’s decision to revoke general licences has left landowners confused and their crops and livestock vulnerable to serious damage, the NFU has warned.

Natural England’s sudden decision on 23 April to remove the licences, which allowed landowners to shoot birds such as pigeons and crows, which damage crops and predate livestock, has caused uproar in the farming community.

It follows a successful legal challenge by conservation group Wild Justice, led by TV presenter Chris Packham, which resulted in restrictions on shooting 16 species of “pest” birds, including several members of the crow family, Canada goose, some gulls and pigeons.

It means farmers, landowners, gamekeepers and others working in the countryside must apply online for individual licences to control wild birds.

The NFU has submitted its formal response to Defra, which had issued a call for evidence on the impact of Natural England’s decision to revoke the general licences. The deadline for submissions closed on Monday (13 May).

NFU deputy president Guy Smith said: “With the growing season and lambing under way, the sudden revocation of these general licences could not have occurred at a worse time in the farming calendar.

“It has left members without the necessary legal certainty as to how they can protect their livestock and crops from being attacked.”

The union said it had received hundreds of responses to its own call for evidence which illustrates the strength of feeling across the breadth of its membership.

“The revocation has not only increased worry for the farmer, but is causing unnecessary stress to farm animals and has caused mortality in lambs,” added Mr Smith.

“It is also clear from our members’ responses that lethal control methods are not used lightly. Yet, they remain absolutely necessary in increasing lamb survival, reducing crop damage and protecting food hygiene when other methods either need reinforcement or have failed completely.”

The NFU urged Defra secretary Michael Gove to provide the farming industry with urgent access to general licences, which it said are practical and fully fit for purpose.

The Tenant Farmers Association (TFA) described Natural England’s response to the legal challenge as “shambolic” and poorly communicated to the industry.

TFA farm policy adviser Lynette Steel said: “This is not a matter of recreational shooting, but one of protecting food crops, animal welfare, public health & safety and conserving an array of other species under threat from predatory birds, the numbers of which do not appear to be in decline.

“There is no conservation crisis with the birds covered by general licences, but the revocation of those licences will cause conservation issues for other species.”

The Game and Wildlife Conservation Trust said: “Subsequent delays in issuing new licences at a critical time of year for livestock, and for protection of spring-drilled crops and vulnerable nesting birds, has caused significant problems for farmers, livestock and wildlife.”

MPs from the Environment, Food and Rural Affairs committee will hold a one-off evidence session into the matter on 21 May at Westminster.