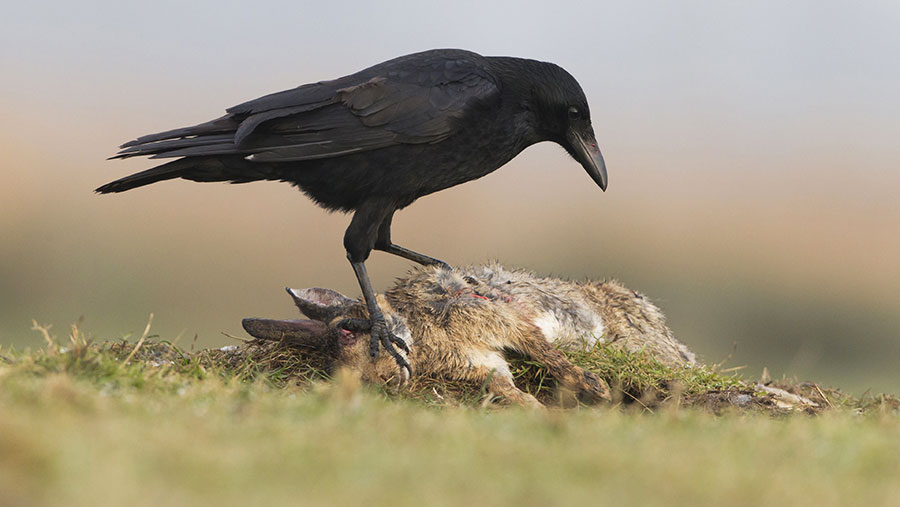 Natural England’s recent decision to revoke the general licence for controlling certain pest bird species came as a surprise and has stirred up controversy between farmers and environmental groups.

The decision was announced on Tuesday 23 April, with a statement from Natural England saying that the three licences sanctioning such activity would expire just 36 hours later.

“The change follows a legal challenge to the way the licences have been issued, which could mean users who rely on them are not acting lawfully,” it said in a statement.

The general system of licencing, which has been in operation since the 1990s to allow just about anyone to shoot pigeons, crows and magpies, was  challenged by conservation group Wild Justice, led by TV naturalist Chris Packham.

Having raised £36,000 through crowdfunding, it argued that Natural England was falling foul of the law by failing to ensure non-lethal methods of control had been fully tested first, as demanded by the Wildlife and Countryside Act 1981.

22 March – Wild Justice declares it has requested a judicial review of the general licences for killing 16 bird species in the High Court.

23 April – Natural England announces it is to revoke three general licences allowing the killing of certain birds to protect livestock and crops, avoid the spread of disease and aid conservation.

24 April – An online petition is launched to get TV presenter and Wild Justice director Chris Packham sacked by the BBC.

26 April – New general licence for killing carrion crows published, with others to follow.

Despite promises from Natural England that it was “working at pace” to come up with alternative measures, the move led to outrage in the farming and gamekeeping community.

Farmers were quick to explain the reality of crow attacks on newborn lambs, the impact of marauding pigeons on crop yields and the damage done to songbird populations by corvids.

The green lobby countered by saying it was farmers who were to blame for the demise of songbird species due to habitat loss over many years of “industrial-type farming”.

A petition was launched by a member of the public to get Mr Packham removed from his presenting role at the BBC, saying he should “remain impartial and keep his views and beliefs to himself”. So far it has attracted more than 127,000 signatures.

At one point, some disgruntled individual or individuals even left dead crows at the front gate of Mr Packham’s New Forest property, frustrated by his role in the affair. He has subsequently been targeted with death threats and the delivery of human excrement through his letterbox.

Things have settled down a bit since then – with Natural England making individual licences available on the evening of Thursday 25 April, to allow the control of some pest species to continue.

But attempts to actually use the system initially met with limited success, with reports of the forms not downloading, the website crashing and email addresses not working, making it difficult for people to lodge their applications.

And then, late on Friday evening (26 April), the first of the promised new general licences appeared (GL26), covering the killing and destruction of nests and eggs in relation to carrion crows attacking livestock, obviating the need to apply for an individual licence for this specific instance.

Another tranche of general licences will be issued in mid-May, including one to control feral pigeons to prevent the spread of disease, and licences to take crows, rooks and magpies to prevent damage to foodstuffs for livestock.

According to a guidance note issued by Natural England on Friday (26 April), those wishing to resume the control of certain bird species have three options:

How has licence changed?

The new general licence is much more prescriptive, spelling out that those who use it must have already taken reasonable steps to prevent predation, such as keeping livestock indoors, removing sources of food that might attract corvids and using scaring devices, including active human scaring.

“Users are advised to keep a record of problems and the use of non-lethal methods, but do not need to submit records to Natural England,” it says.

“Any person using this licence must be able to show, if asked by an officer of Natural England or the police, what type of livestock any action under this licence is protecting and what lawful methods have been, and are being, taken to prevent predation of such livestock.”

In other words, people using the new licence to shoot carrion crows must be able to show that it is a last resort. Failure to comply with this may still be an offence under the Wildlife and Countryside Act 1981.

The new general licences are also much more specific to particular bird species and particular circumstances.

For example, previously, 13 species could be shot or destroyed under the old GL04 licence relating to damage to crops and livestock, and the spread of disease.

But now jays, parakeets and lesser black-backed gulls have been taken off this list. In future, these may only be shot for reasons of protecting songbirds (jays and parakeets), and public health (gulls). Collared doves have been removed from all lists.

Natural England says the new licences are an interim measure and any new conditions or restrictions they contain are solely for the purpose of addressing points raised by the recent legal challenge.

It will be conducting a wider review of the licensing system, in the summer.

The new general licences and application forms for individual licences are available on the Gov.uk website, but more details can be obtained by emailing enquiries@naturalengland.org.uk or phoning 0300 060 3900.

NFU deputy president Guy Smith said the introduction of the new general licence to control carrion crows was welcome news for farmers, enabling them to protect livestock that are particularly vulnerable to crow attacks.

He urged Natural England to press on quickly with issuing licences to protect young crops from pigeons.

“This situation has left farmers and growers with a complete lack of clarity over the licencing regime and it is having significant impacts, particularly at this time of year, when livestock and crops are especially vulnerable,” he said.

Conservationist and Wild Justice director Mark Avery welcomed the fact that collared doves, Indian hedge crows and sacred ibis had dropped off the lists altogether, and generally the number of birds which can be killed for specific reasons is going to be much tighter.

“If you are a farmer, you should be fairly pleased with how things look like they will end up,” he said. “If you are a nature conservationist, then you will be pretty relaxed about all of this and see it as a move in the right direction. But if you are a gamekeeper, then you are potentially seeing large amounts of your day-to-day casual killing of bird species being taken away from you.”

The National Gamekeepers’ Organisation has described the new licence for carrion crows as “hurried, botched and completely unfit for purpose”.

It complained the new 11-page licence was too restrictive, especially the notion that killing crows could only be a “last resort” and the fact it requires people to have tried non-lethal methods first.