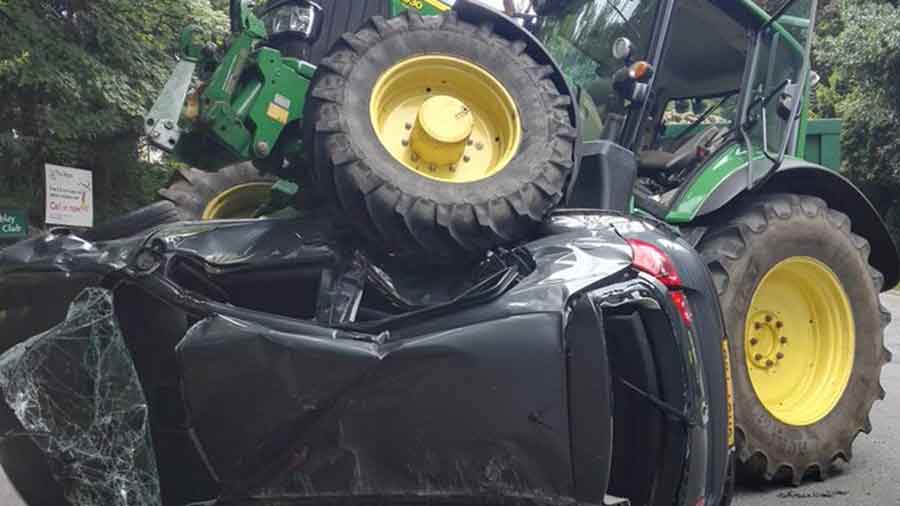 A driver had an extraordinary escape after his car was crushed by a tractor in a road collision in Cheshire.

Police, fire and ambulance crews were called to the scene of the crash shortly after 12pm on Saturday afternoon (23 July).

The collision, which involved a John Deere tractor and a single car, happened on the A50 near the A556 in Mere, Knutsford.

It left the car slumped on its side and the tractor on top in a scene which locals told the Manchester Evening News “looked like a monster truck crash”.

Firefighters helped free the driver from the mangled wreckage of the grey car and he was treated for minor injuries. The car was written off.

Amazingly, the tractor driver was able to reverse the vehicle from the car and the tractor suffered only light damage.

HGV Cop, a roads police officer who works with North West Roads Police, posted a picture of the aftermath of the crash on his Twitter account (@Cheshire_CVU).

Volunteer British Association for Immediate Care (BASICS) doctors from the North West helped at the scene.

Cheshire Police has appealed for witnesses of the crash to contact them on the non-emergency 101 police number.