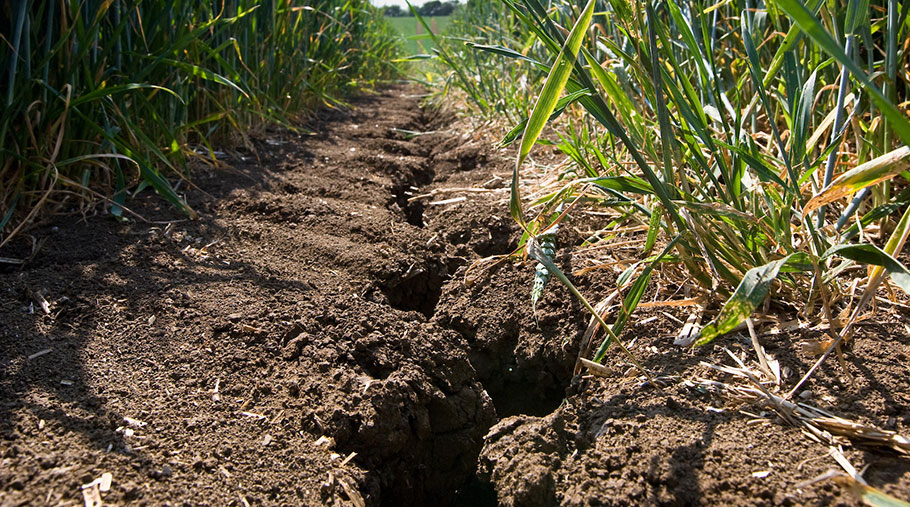 Farmers are facing serious yield losses this harvest as the prolonged dry spell is piling pressure on crops, especially on light land.

Following a dry spring, a lack of rainfall in June could severely hit crop yields. If the dry summer continues, crops losses of 5-10% are widely predicted – with some farmers fearing much bigger losses.

The NFU says oilseed rape and winter cereals are generally performing well, but spring crops are struggling to thicken out and are “very patchy”.

Longer term, a shortage of straw could compound problems for farmers. But the prospect of higher crop prices this harvest could ease some of the pain.

However, he said winter wheat crops grown on Breckland sands are “looking dead”.

“We’ve got 400ha of wheat in the ground. Last week, I was thinking we are going to get half the yield out of it. Now, I’m not so sure,” he said.

Maize and sugar beet crops are also being hammered by the heat and need rain. If the dry summer continues, getting next year’s crops in the ground will be a “massive challenge”.

The irony is, Mr Blenkiron had to wait until the end of April to drill spring crops because it was so wet. Since then, the farm has had 4mm of rainfall in seven weeks.

On the positive side, there is plenty of water in reservoirs to irrigate potatoes and high-value root crops, including carrots and parsnips.

Ms Lilly said: “Spring barley doesn’t look too bad because Lincolnshire didn’t have some of the worst conditions. This hot weather will have an effect on cereal yields, without doubt. But it would be a stab in the dark to say how much.”

In Wales, the Welsh government’s Farming Connect service is advising farmers to plan ahead to reduce further impact on feed supply and livestock.

Technical officer Abigail James said: “Many need to start putting a plan in place as little rain is in the forecast.”

The Met Office says the dry, hot weather will continue this weekend and into next week, with 32C possible in some locations.

Forecaster Dan Harris said more changeable weather is forecast in the North and North West at the start of July.

But he added: “July as a whole still looks most likely to see a good deal of dry and fine weather, with warmer and drier than average conditions.”

Make it rain but not at harvest, Essex grower urges 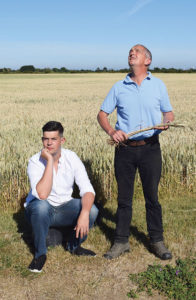 NFU deputy president Guy Smith says drought conditions are hitting crops on his Essex farm, which is recognised as the driest farm in the UK.

Following a dry May, no rainfall has been recorded so far in June at Smith Farms, in St Osyth, and cereal crops are in serious need of a drink of water, especially on lighter land.

Mr Smith said: “My dad’s favourite saying was: ‘It’s a dripping June that will keep your farm in tune.’

“You can have everything right through the growing year, but if you do not get some rain in June, harvest will be impacted.”

Wheat crops on heavy land are standing up “remarkably well”, but on lighter land over the sand and gravel, they are struggling.

Spring cropping, especially barley, is looking “pretty disastrous” due to the “triple whammy” of late drilling after a wet April, followed by a dry period for establishment and scorching weather in June. 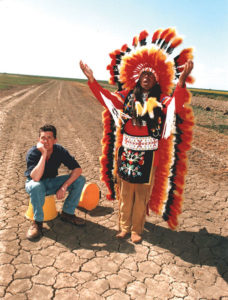 In 1997, a Native American (right) performed a rain dance on Guy Smith’s farm

“As every day ticks by with no rain and high temperatures, the harvest gets smaller and smaller,” said Mr Smith.

Although some rain would be welcome now, Mr Smith is wary of ending up being blamed for a wet harvest.

The current dry spell has rekindled memories of drought in April 1997 when a genuine Native American was invited by The Sun to perform a rain dance on his farm.

After that, the heavens opened in May and it turned in to a pretty good harvest.

But any rain now will be two months too late, said Mr Smith.