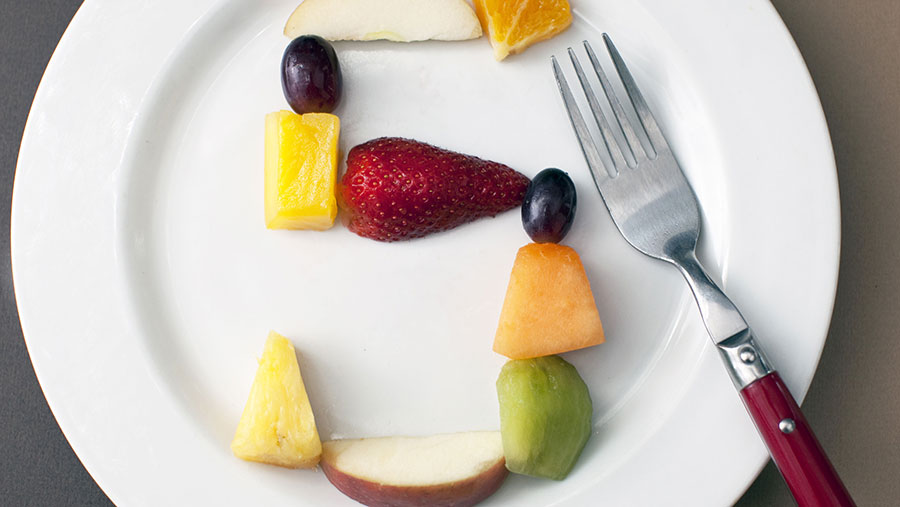 The Eatwell Guide replaces the Eatwell Plate from Public Health England (PHE) and sets out a daily recommended food intake of 2,000kcals for women and 2,500kcals for men.

It divides this into five “slices”. Fruit and veg is the largest, accounting for 40% of the suggested daily diet, followed closely by starchy carbohydrates such as potatoes, bread and pasta (38%).

The smallest slice is oils and spreads, which are high in unsaturated fat, though products such as butter and cream have now been placed outside the main image.

Most controversy, however, has centred on the dairy slice, which has been almost halved from 15% of the old Eatwell Plate to just 8%.

PHE says this reflects revised government dietary recommendations for a healthy, balanced diet and has been achieved by linear programming.

During the consultation stage, three other models were presented, which would have given dairy a 10%, 10.9% or 21% slice.

The Eatwell diet was drawn up by a team of experts at Oxford University’s Nuffield Department of Population Health.

“Linear programming” was used to devise an “ideal” diet based on recommendations by the Scientific Advisory Committee on Nutrition, which advises PHE and other government agencies and departments on nutrition and related health issues.

Sophisticated computer modelling was used to come up with a new Eatwell diet that was as near as possible to the old Eatwell diet while taking into account new recommendations for people to increase their intake of fibre while reducing consumption of sugar and saturated fat.

This led to more emphasis on fruit, vegetables and wholegrain products and a reduction in dairy. Although the work was carried out for PHE, the methodology used by the Oxford University team is only expected to be published once it has been peer reviewed.

What does the Eatwell Guide say about dairy?

The guide admits milk, cheese and yoghurt are good sources of protein, vitamins and calcium, but notes they are also high in saturated fat. “But there are plenty of lower-fat options to choose from,” it says.

“Why not try 1% fat milk, which contains about half the fat of semi-skimmed, without a noticeable change in taste or texture? Or reduced-fat cheese, which is also widely available.”

The Eatwell Guide also highlights soya milk as an alternative.

See a version of the PHE Eatwell Guide graphic below – click or hover on the circle icons to reveal the guidelines. 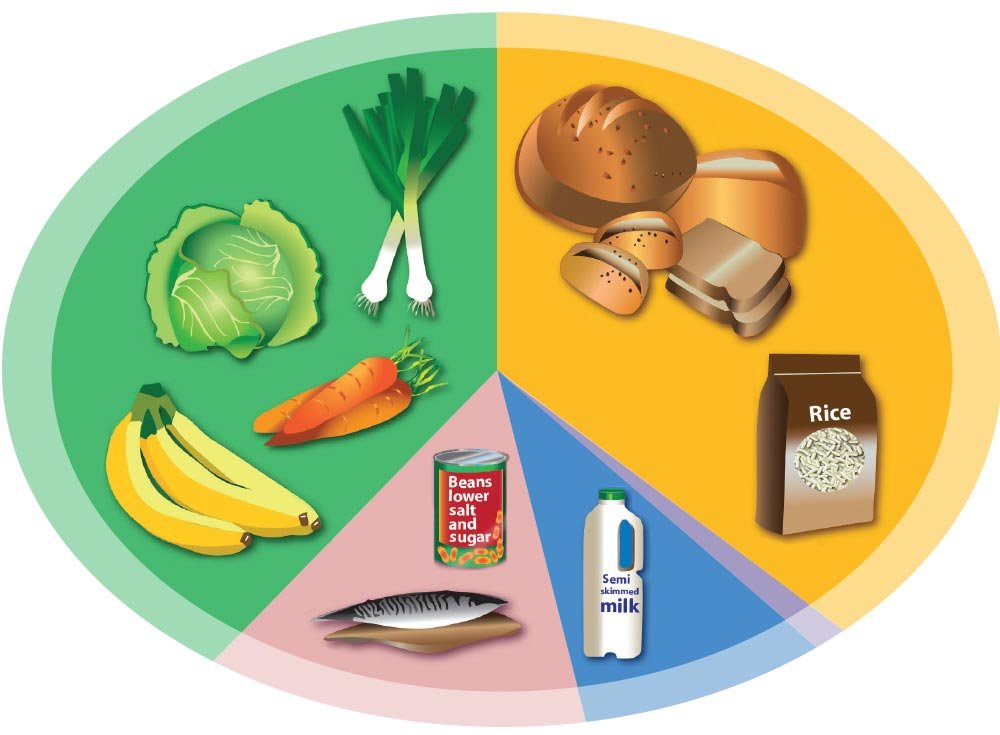 How much dairy can I eat?

Not a lot. A limit of 8% of 2,000kcal a day for women and 2,500kcal a day for men means consumption of dairy products should not exceed 160kcal and 200kcal, respectively.

A single pot of Activia yoghurt contains 119kcals, and a 25g slice of cheese 104kg. Eating both would bust the daily limit for both men and women.

What else does Eatwell say?