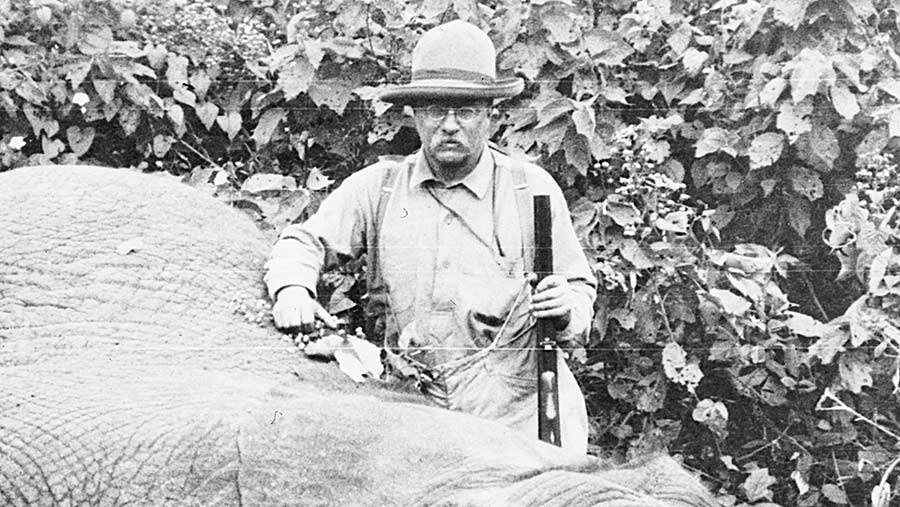 Roosevelt on safari © Library of Congress

Which prominent figures from history would farmers choose to be their leader?

It’s a question I’ve been mulling this week amid the ongoing weariness surrounding the contest between Liz Truss and Rishi Sunak to be leader of the Conservative Party and prime minister.

This week, both candidates set out their plans for farming, and we have a full rundown of the detail available.

See also: Editor’s View: Not all can survive in post-subsidy world

As ballot papers went out this week, polling by YouGov revealed that Ms Truss (the former Defra secretary) is the most popular among the party membership, yet 53% of them also believe that MPs were wrong to effectively force Boris Johnson to resign.

So all who are not members of the Tories are left watching a contest that will determine the next leader of our nation, and a majority of the tiny group that actually get a say didn’t want to be asked.

What an odd state of affairs. No wonder I’ve been seeking refuge in the history books.

You will all have your own ideas of who would be your fantasy farming frontrunner, but I would be surprised if Teddy Roosevelt wasn’t among the most popular contenders for a rural champion.

Born into vast wealth, the 26th president of the US nevertheless had the common touch with people from all backgrounds.

In the course of his rich life before the presidency he had been a budding naturalist, a cowboy and rancher, civil servant, police commissioner and soldier.

Most relatable of all from an agricultural perspective, bad weather lost him a vast sum invested in farming, yet he never lost his love of the great outdoors.

Ms Truss and Mr Sunak are frantically on the campaign trail meeting the party faithful this week – a job that Mr Roosevelt delighted in, resenting deeply, as he put it, the defective moral quality of being a stranger to anyone.

Yet despite these candidates’ many toe-curling statements about how relatable they are, it is only hedge fund managers (Sunak), accountants (Truss) and politicians that they have walked a mile in the shoes of.

Of course, voters can’t expect leaders to share the lived experience of everyone they try to lead.

When considering who to back, they must look to the character of the individual, their track record and future ambitions.

It is telling that George Eustice and Victoria Prentis have both opted to support Rishi Sunak rather than the poster girl for tariff-free trade deals with New Zealand and Australia, Liz Truss

Mr Roosevelt’s was clear: A square deal for every man, great or small, rich or poor.

Farmers then were firmly on his side as he took action to give citizens greater protection from powerful corporate interests and tackle the issues of the day, such as a looming energy crisis (sound familiar?).

Farmers today have watched the Johnson government attempt to balance post-Brexit global trade ambitions for agriculture and other sectors with loudly voiced concerns about the effect this could have on domestic production.

It is telling that George Eustice and Victoria Prentis have both opted to support Rishi Sunak rather than the poster girl for tariff-free trade deals with New Zealand and Australia, Liz Truss.

For rural Tory members with pen hovering over the ballot slip, this will be her biggest weakness, while for Mr Sunak it will establish that he is not just a catch-up candidate offering platitudes to all sides in desperation.

Whoever wins would do well to have the words of Mr Roosevelt ringing in their ears:

“No nation has ever achieved permanent greatness unless this greatness was based on the wellbeing of the great farmer class, the men who live on the soil.”