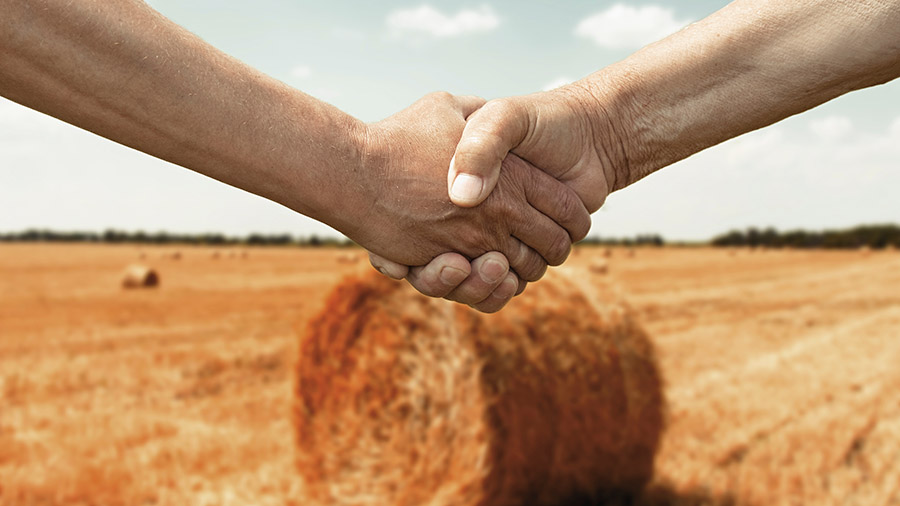 The effect of the tinder-dry conditions across much of the UK this week have been difficult to watch.

Grass levels are dwindling rapidly and fire brigades were stretched thin across many different areas on Monday and Tuesday as they responded to crop and machinery fires.

There is no doubt that the quick action of the farming community in those areas will have played a vital role in helping to stop flames spreading further, saving lives and livelihoods.

A drive past most arable farms now will reveal full bowsers on standby, cultivators hitched up and drivers anxiously scanning the horizon for signs of smoke.

Events like this serve to remind us how much we all rely on one another to cope when times are tough – both the fire brigade and other farmers.

Of course, these actions are not just done out of charity and community spirit, as each farm has their own harvest to protect too.

There is a famous debate in the sitcom Friends about whether there is such a thing as a selfless act or if, ultimately, even the most generous or kindly gesture is ultimately done in our own self-interest.

Do we help our neighbour make a fire break, give to charity or sit on the school board of governors solely to sacrifice for the greater good, or is it partly to increase our standing in the community, make ourselves feel good and dilute the effects of any bad deeds?

The answer is of course: Who cares? We’re all better off with collaboration in any crisis that’s too big to tackle on our own.

If you want to do it for your own ego then be my guest – it is still better than sitting on the sidelines and waiting for someone else to step up.

The story in of how the Wotton family saved the life of their two-year-old son, Bernie, is also in some ways a case in point.

By ensuring they and their whole team have regular first-aid training they saved the life of a treasured family member that would have been needlessly lost if they had relied on the emergency services alone.

But that training is not stored up simply to administer to their loved ones. They are primed and ready to give the same service to strangers in the street should the need arise.

As Farm Safety Week draws to a close this weekend, many earnest words will have been uttered about how bad our industry’s safety record is and how slowly progress is being made.

All of this is true, but the danger of focusing only on the big picture is that the situation feels intractable.

What do we do with enormous problems that seemingly have no solution? We retreat from them. And so the issue rumbles on.

But this year, why not leave the lamenting to someone else? Let’s park the big picture for now and think about what one small action might achieve.

Like hitching up the cultivator before you smell smoke, first-aid training is a tool in the locker that you hope you’ll never need.

Some people (myself included) have shied away from such training as it makes you think about the worst happening.

But in reality the reverse is true – not having it and needing it at a moment you least expect is the true worst-case scenario. I’m off to sign up for a course.