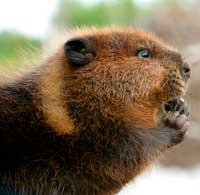 Beavers have been released into the British countryside, prompting conflicting reactions from landowners and conservationists.

Eleven beavers, brought in from Norway under the reintroduction trial, were released into the Knapdale Forest area of Argyllshire in Scotland on 28 May.

Further releases could follow if the trial proves a success.

Colin Galbraith, of Scottish Natural Heritage said it was a hugely exciting move.

“There’s never been a reintroduction of a mammal to the UK.

“We’ve got to try to do this reintroduction in a very scientific, careful and monitored way,” Mr Galbraith said in an interview with the BBC.

But the Country Land and Business Association said it was concerned by the release.

“The landscape has changed since the beaver last swam in UK rivers more than 300 years ago,” vice-president Harry Cotterell told Farmers Weekly.

“There are many new crops and we have no idea whether the beavers are compatible with them,” he said.

“As a protected species, presumably their numbers will increase rapidly and at some stage will have to be controlled.

“Farming has quite enough on its agenda without another pest to worry about,” said Mr Cotterell.

He also raised concerns that dammed rivers could cause serious flooding.

“Even a branch in the wrong part of a stream during a thunderstorm can flood several acres.

“I do not understand how this is conservation,” he added.

Other concerns focused on the threat to fish stocks, not directly from the beaver, which is a vegetarian, but from the disruption caused to spawning areas by dammed rivers.

The impact will be monitored by SNH, which will co-ordinate work with a range of independent bodies, including Oxford University Wildlife Conservation Research Unit and the Argyll Fisheries Trust.

It is claimed the trial will be a big contribution to Scotland’s Species Action Framework, which identifies 32 species, including European beaver, as the focus of new management action.