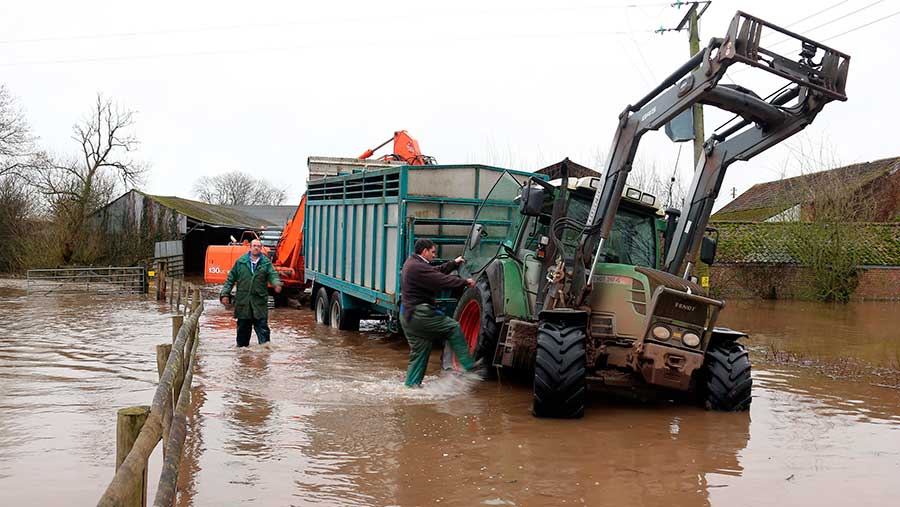 MPs and ministers have clashed over the adequacy of flood protection measures – including incentives for farmers to store water on their land.

More action to improve flood management was recommended in a report by the House of Commons Environment, Food and Rural Affairs (Efra) committee last November.

Storing water on farmland could provide a cost-effective means of reducing flood risk, suggested the report. However, farmers are wary of taking land out of production for a long time.

The report called on Defra to launch a consultation by July 2017 on an incentive scheme to pay farmers to allow short-term or long-term storage of floodwater on appropriate land.

The committee also called for a new national floods commissioner for England to bring greater co-ordination between the Environment Agency and local and regional bodies.

Published on Tuesday (24 January), the government’s response to the report said: “Storing water on farmland is already an important part of our approach.”

It said the Environment Agency already operates some 1,000 flood storage areas, engaging with farmers to ensure fair payment for change of land use.

The government’s response highlighted a flood alleviation scheme to protect the town of Morpeth, Northumberland.

It said: “This includes a number of farmers and landowners who are compensated for allowing flood water to spill over onto their land.”

This includes options for natural flood management with further options for temporary storage of flood water, it adds.

The government also disagrees about the need for a floods commissioner. There is no need for substantial change to the “existing national and local governance provisions for flood risk management,” says the response.

It adds: “The current Environment Agency structure allows us to integrate flood and environmental [and] economic benefits in ways a stand-alone flood agency could not.”

MPs on the committee said the government’s “cursory response” to their flooding report failed to fully address their calls for improvement.

Jim Fitzpatrick, the committee’s acting chairman, said: “People living in areas of flood risk need to be reassured that the government is acting to improve our disjointed flood management system.

“Defra has failed to give sufficient justification for its rejection of our recommendations for important new measures to improve flood protection.”

The Country Land and Business Association said a fundamental problem lay at the root of the row between the government and the select committee.

CLA president Ross Murray said: “The way we currently organise decision-making on flooding at the local level is confusing, inaccessible and it is not working.

“We didn’t back the committee’s call for a new national flooding authority.

“We don’t want to see yet another ‘quango’ created at a time when the real need is for better joined-up thinking across a range of land use challenges.

“However, we do expect the Environment Agency to show leadership.”