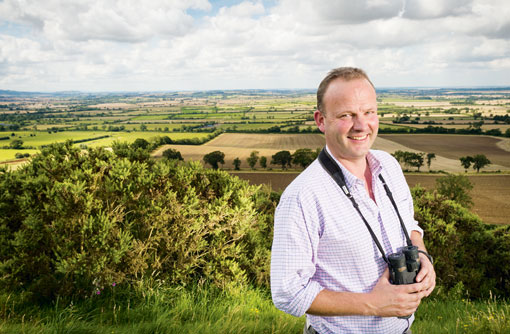 The evidence was clear from this year’s finalists for the Countryside Farmer of the Year title that investing in environmental management can only improve the net profitability of your farm business as well as its sustainability. Debbie Beaton reports from Hampshire, Oxfordshire and Leicestershire

Not only has environmental stewardship increased crop yields, it has eased management, provided new opportunities for diversification and is delivering a wildlife premium of at least £25,000 on this year’s crops.

Rob Allan, the estate manager, is the driving force behind this vibrant and thriving 776ha arable estate. He joined 13 years ago and focused on stabilising volatility wherever possible, and pushing hard to deliver profitable results in all areas.

That meant addressing loss-making enterprises that threatened the viability of the whole estate to create a business that is now returning nearly £500,000 profit.

Forward contracts were an essential part of his plan to stabilise income. “It’s not easy to do that on an open market when oats have ranged from £51/t to £205/t in my time at Upton,” he says.

He now has wildlife premiums on this year’s crops, which include £7/t and £28/t respectively for wheat and oats over the wheat futures base price, and £15/t for the LEAF Marque on oilseed rape.


Taking out lower-yielding and difficult-to-manage areas next to watercourses was such an easy win, he says. Now 13.5% of available arable acres are in ELS and HLS agreements which, along with the introduction of new break crops, cultivation techniques and independent agronomy, has helped to boost yields by 30% over the past 10 years.

The introduction of environmental schemes has been a key part of Rob’s plan to stabilise incomes. An HLS agreement, producing payments of £90,000 a year as well as attracting capital works, has enhanced the estate’s infrastructure and improved production efficiency while dramatically increasing wildlife. “I don’t want to build nature separate to farming – modern agriculture is about delivering the balance,” he says.

And that was evident during the judges’ visit. Looking down from the dramatic 90m-high escarpment that divides the estate, the flower-rich margins clearly complemented the landscape and adjoining crops. They are now home to a burgeoning population of butterflies and bumblebees, which ecologists and researchers are tracking. “Scallops” – patches of bare soil bordering the woodland – have been cleared to provide habitat for butterflies, moths and solitary bees.

A new green business park is another essential component in Rob’s plan to stabilise incomes for the estate and fully integrate the resources at his disposal. Due to be finished in October, the 50,000sq ft, commercial park is already fully let and a woodchip-fired biomass boiler will provide all the heating, with hot water, pumped using solar electricity. Woodchip has created the demand, so the estate’s 275 acres of woodlands, some of which are classified as ancient, are now sympathetically managed for biodiversity. The business park has been landscaped with wildlife-rich wildflower margins, utilising every inch as habitats.

Rob has developed a very close team, which includes the owners, trustees and employees. And it is clear that there is enormous respect and trust on both sides. Rob believes that “putting the best people in the right place, delivers huge success”, which is why he has also forged close working relationships and partnership with many external organisations.

In his four children, aged 10 to 17, Rob is clearly building an entrepreneurial succession. He loaned them £5,000, and they set up a partnership, invested in sheep, repaid the loan and built up a flock worth more than £20,000 – all the while paying rent to the estate.

Caring for the environment is at the heart of NWF Agriculture’s business. That is why we are so delighted to support the outstanding innovation and commitment of these three finalists in creating truly sustainable farming businesses.”
David Warrington, managing director, NWF Agriculture