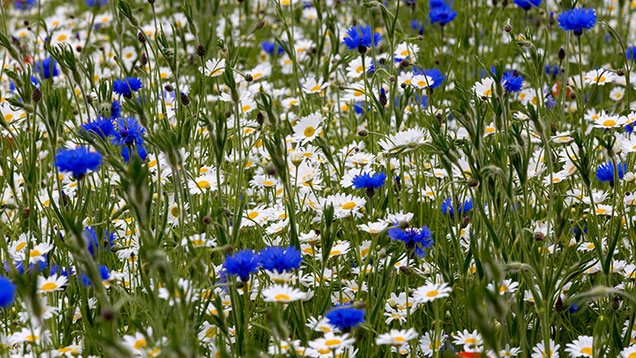 A dramatic fall in the area of farmland managed voluntarily for the environment in England has been revealed in the latest Defra survey on the Campaign for the Farmed Environment (CFE).

According to the responses, the 2014-15 area comprises 250,000ha of land managed voluntarily under CFE and 18,000ha of land classed as enhancements to basic ecological focus area (EFA) fallow land requirements.

See also: Tips on how to apply for mid-tier Countryside Stewardship

The survey showed 35% of farmers reported they were required to meet new CAP greening requirements for EFAs.

Of these farmers, 47% have fallow land and 43% have implemented additional voluntary enhancements to these areas, which makes up the 18,000ha.

The survey also found that 51% of farmers have either a “good” or “some” understanding of the CFE campaign objectives. Their main source of information about the campaign came from the farming press (37%).

Responding to the survey, NFU vice-president Guy Smith said: “We suspect the 41% reduction in CFE area is down to the fact most farmers will now have put voluntary measures previously considered CFE into their EFA area.

“Therefore, it should not be assumed this is some sort of decline in environmental features on farms.”

Mr Smith said the NFU “remains as committed to the CFE as ever”. But he warned that the industry will need to work hard to persuade farmers to maintain voluntary environmental measures on farm in future.

CFE co-ordinator and NFU chief land management adviser Sam Durham said: “Over the last year, CFE has been encouraging farmers to enhance their greening measures and the survey shows 43% have implemented additional voluntary enhancements to EFAs.

“CFE also had a big drive in encouraging action on pollinators during the past year and the survey shows an increase of 134% in the area of pollen and nectar mixes that has been managed voluntarily. This shows how farmers are addressing the challenge of the National Pollinator Strategy.

“We are disappointed about the 41% decline in total CFE area, but are pleased to see the positives.”

CFE, which was established in England in 2009, focuses on farmers creating voluntary environmental measures on farm aimed at staving off a possible return to a compulsory set-aside scheme.

When asked about their attitudes to farming and the environment, 96% said protecting/benefitting farm wildlife was either “very important” or “fairly important”.

Defra’s annual survey of land managed under the CFE was sent in March and April to 7,500 randomly selected lowland farmers across England who have more than 10ha of arable crops and/or grassland. The response rate was 2,397 forms (32%).

Despite the disappointing response rate, Defra said the survey provided a “reliable estimate” for all farms now within the scope of CFE – approximately 69,122 farms with a total of 7.3m hectares of arable crops and grassland.

According to Defra, the introduction of CAP greening and the change from Environmental Stewardship to Countryside Stewardship “may have influenced how farmers view their land under environmental stewardship”.

However, Jon Birchall, a farm business consultant at Balfours, said the survey was “probably not the most accurate of snapshots”.

“I have just dealt with 4,000ha of Basic Payment Scheme applications of intensive arable land and I am not aware of any major changes in these. Nearly all the farms I deal with have got ELS/HLS agreements in place,” he added.

“My concern is that we don’t have any ELS scheme to replace these. We may start to see a drop-off in environmental management then.”