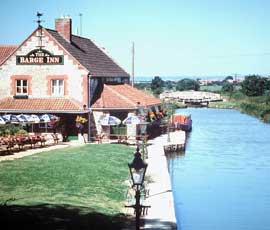 The source of a serious pesticide pollution incident that wiped out bug life on the River Kennet was likely to have been domestic, according to the Environment Agency.

Three months after a 10-mile stretch of the river between Hungerford and Marlborough was polluted by chlorpyrifos pesticide, officials say they still have not found the source of the contamination.

The Environment Agency said it could rule out the possibility that the pollution was caused by farmers. However, after concluding its investigation the agency said it was “likely” that a domestic source was responsible.

Chlorpyrifos is commonly used as an insecticide in agriculture on wheat, barley and oats to control a variety of pests, including wheat bulb fly and orange wheat blossom midge. But it is also regularly used in fruit farming, municipal parks and on lawns and golf courses to kill a variety of insects.

A spokesman for the Environment Agency said: “It is thought that the source is likely to be a domestic source given the quantities of the pollutant in the watercourse and the effects on the aquatic ecosystem.

“As a result the Environment Agency and Action for the River Kennet (ARK) will be working on an advice and guidance campaign in the Kennet catchment, to promote the safe storage, use and disposal of pesticides to the local communities.”

Newbury MP Richard Benyon, DEFRA’s minister for the natural environment and fisheries, said as little as half a cupful of chlorpyrifos could be responsible for the incident.

Following the incident, the Angling Trust said that all aquatic life along the stretch had been wiped out, but the effects on fish were less understood.

A team of agency fisheries officers carried out “electrofishing” surveys along a stretch of the affected river on Monday (30 September). This involved stunning the fish to remove them and check their condition and weight before they were released back into the water.

* The Southern Streams Project, a partnership between Action for the River Kennet (ARK) and Catchment Sensitive Farming (CSF), is hosting a free pesticide best practice workshop on Monday, 9 October.

As part of the workshop, farmers will be able to see for themselves the effects the chlorpyrifos incident has had on the river at Ramsbury and what the prospects for recovery are. BASIS and NRoSO points are available for this event. For more details email helen@riverkennet.org