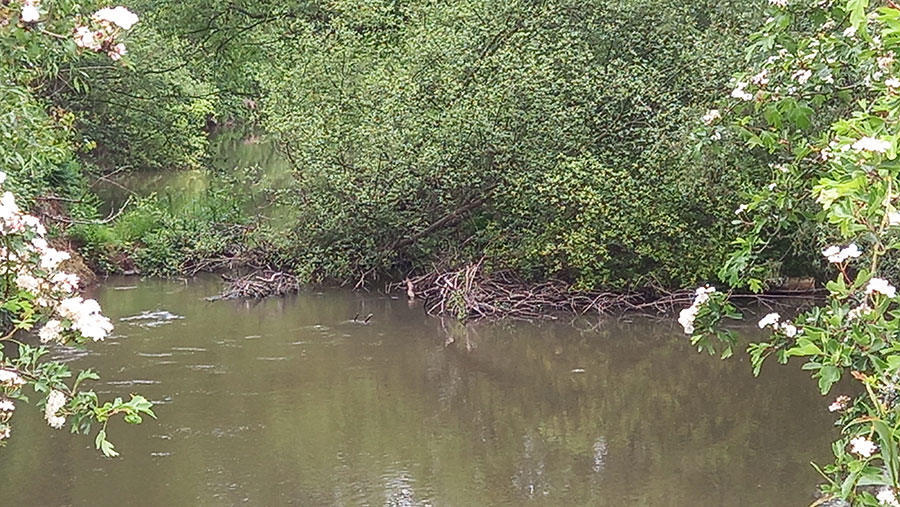 The Environment Agency (EA) has been accused of “years of neglect and mismanagement” along a protected river at the centre of a maintenance dispute.

A frustrated farmer, who did not want to be named, sent in photos that show large trees uprooted from banks and strewn across the River Lugg in Herefordshire.

The area is downstream of Kingsland, Leominster, which is at the heart of a river maintenance dispute between the EA, Natural England and local potato and cattle farmer John Price.

Like the stretch in Kingsland, it is also in a designated site of special scientific interest (SSSI), which means landowners must receive consent before carrying out river maintenance works.

The farmer took the photos at the end of May, emailed them to the EA and called their emergency flood hotline to request remedial work. He explained it was an “ideal time” to remove blockages as river levels were low and grass fields would not be damaged.

But the EA told him it did not think it was necessary to do the work, as there was no flood risk.

His family has farmed on land along that stretch of the Lugg since 1949. They still pay an annual drainage fee to the Internal Drainage Board, which used to cover the cost of the maintenance works, but not anymore.

“Since the EA contracted out the river maintenance work rather than completing it themselves, it has got worse and worse,” he said.

“We cannot get anyone to do anything. There’s been years of neglect of general river maintenance along this stretch.”

The farmer said regular pollarding should be carried out on the trees, rather than allowing them to uproot, fall into the river and erode the banks.

Although budgets were low and staff numbers had been cut at the EA, he insisted that regular river maintenance was in everyone’s interests.

“The river needs to flow. Nature needs to be allowed to thrive,” he said. “Someone in charge at the EA needs to realise there must be a balance between conservation and flooding prevention. It cannot be allowed to continue like this. It’s just madness.”

The EA told Farmers Weekly it has “permissive powers”, but not a duty, to carry out maintenance work on main rivers for flood risk management purposes.

“Riparian landowners have certain rights and responsibilities, which include maintaining the bed and banks of the watercourse and keeping the banks clear of anything that could cause an obstruction and increase flood risk, either on their land or downstream if it is washed away,” said a spokesperson.

“The Environment Agency undertakes a range of regular maintenance activities across the River Lugg where there is the greatest flood risk and need for intervention.”

Over each of the past three years, the EA has spent £45m-£55m on channel maintenance, said the spokesman, which includes dredging, weed cutting and removing blockages. Of this, £5m-£11m was for dredging.