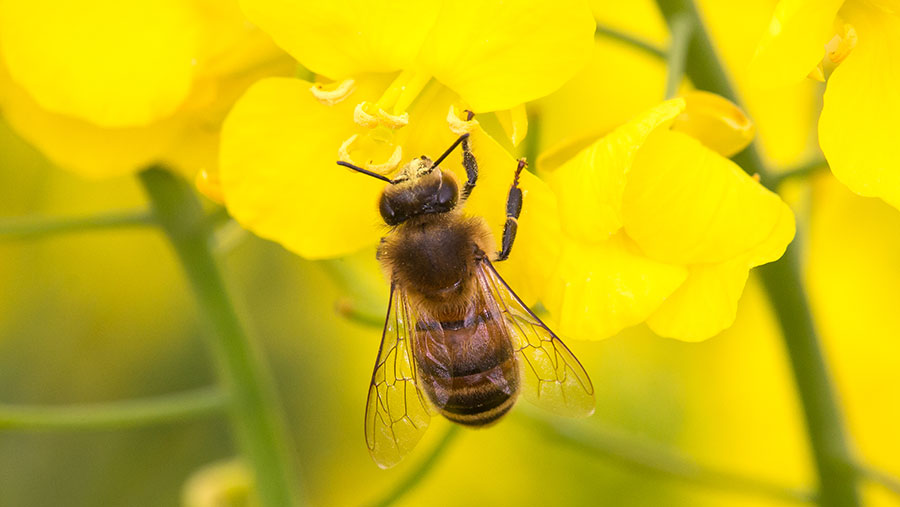 Bumblebees acquire a taste for banned neonicotinoid pesticides in the same way that smokers crave nicotine, a new study has found.

Researchers at Imperial College London and Queen Mary University of London (QMUL) tracked 10 bumblebee colonies over 10 days, giving each colony access to its own foraging arena in which bees could choose feeders that did or did not contain a neonicotinoid.

They continued to prefer the pesticide-laced food even when the positions of the feeders were changed, suggesting they can detect the pesticide inside the food.

Lead researcher Richard Gill, from the Department of Life Sciences at Imperial College, said: “Given a choice, naïve bees appear to avoid neonicotinoid-treated food. However, as individual bees increasingly experience the treated food they develop a preference for it.

“Interestingly, neonicotinoids target nerve receptors in insects that are similar to receptors targeted by nicotine in mammals.

“Our findings that bumblebees acquire a taste for neonicotinoids ticks certain symptoms of addictive behaviour, which is intriguing given the addictive properties of nicotine on humans, although more research is needed to determine this in bees.”

The study, “Foraging bumblebees acquire a preference for neonicotinoid treated food with prolonged exposure”, is published in the journal Proceedings of the Royal Society B.

In April, the European Union extended its ban on the use of neonicotinoids on flowering crops, including oilseed rape and sunflowers, to cover all outdoor crops. The NFU has warned that the near total ban could harm sugar beet yields for decades.