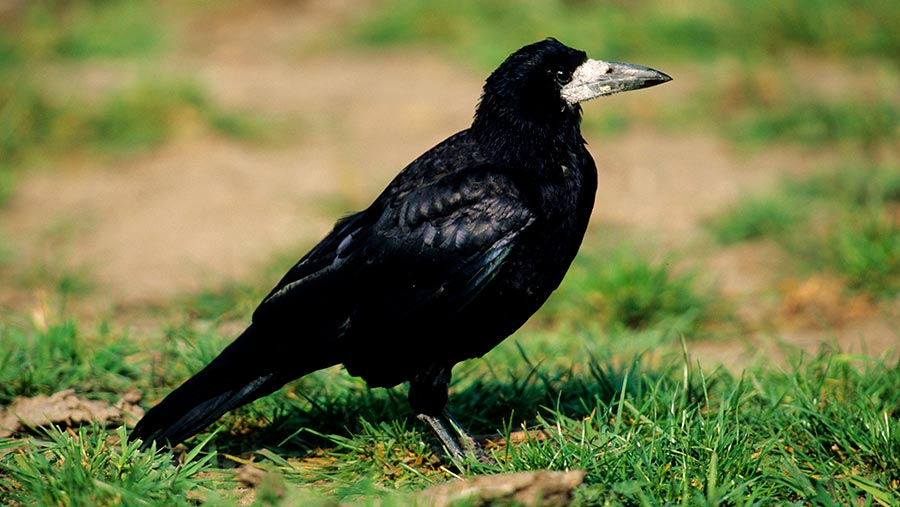 A farmer in Cornwall who hung dead rooks in a field says he was trying to protect his crops in the least disruptive way to nearby residents.

William Collins displayed the birds in his field near St Levan, Cornwall last Friday (17 January) as a deterrent to other rooks, but took them down after some members of the public complained.

Out of consideration for his neighbours, the 66-year-old said he did not want to use audible bangers to scare off the rooks but it was vital he protected the limited amount of winter barley he had managed to drill after a prolonged spell of wet weather.

Speaking to Farmers Weekly, Mr Collins said: “We didn’t want to upset anybody at all, but I can’t sit back and let my crops be destroyed.

“Once the crops are established it’s fine, but when the grain hasn’t rooted the birds are able to take it out of the ground. If we had managed to drill in October we wouldn’t have a problem but the rooks are very hungry at this time of year.

“This is a practice that goes back centuries but times are changing and we have to be sensitive, I suppose.”

He added: “We don’t grow crops to feed wild animals or birds and we don’t want to be doing this but our time is precious.”

Mr Collins, who started farming in the area when he was 14 and now covers about 202ha, said if any of his neighbours could do some manual bird scaring on his land it would “help us no end”, but he would have to use audible bangers if the problem continued.

He said he removed the dead rooks from the field on Monday evening (20 January) after speaking to the land owner, St Aubyn Estates.