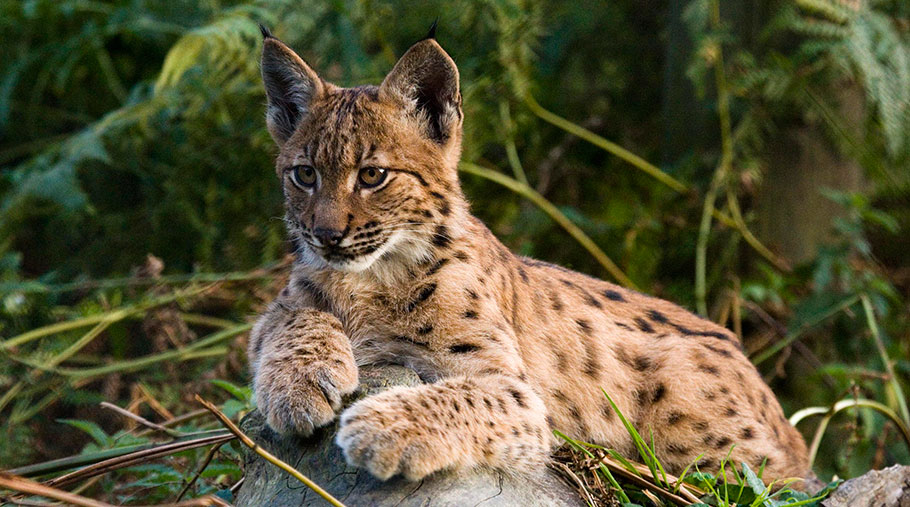 The Lynx UK Trust says it has secured 100% landowner support for its plans to release Eurasian lynx into the Kielder Forest region of Northumberland, which it says will bolster its application for a release licence.

The application is resting with Natural England. If approved it would see the release of six of these medium-sized cats into the wild as part of a five-year trial.

“If the trial was successful, it could lead to a wider reintroduction of the lynx to other parts of the UK, such as the Scottish Highlands,” said a statement.

The trust’s chief scientific adviser, Paul O’Donoghue told Farmers Weekly “more than 10” landowners had given permission for access, ranging from a 5ha wood to “many thousands of hectares of forest”.

This gives us more than enough for our project area. It does not include any areas of farmland or moorland – we have no interest in that, and neither have the lynx Paul O’Donoghue, Lynx UK Trust

In total, it has secured access permission covering a total of 700sq km.

“This gives us more than enough for our project area. It does not include any areas of farmland or moorland – we have no interest in that, and neither have the lynx.”

The planned release of Eurasian lynx has been strongly opposed by the National Sheep Association (NSA) and sheep farmers in the area.

While the Lynx Trust UK suggests adult lynx predate on deer and will only kill one sheep every two years, the NSA believes the threat to flocks is considerably greater.

It points to evidence from Scandinavia, where attacks on sheep are seemingly commonplace.

It also cites an incident last year when seven sheep on a Welsh farm were allegedly killed by an escaped lynx, called Lilleth.

Phil Stocker, NSA chief executive, says: “Approval of landowners is a moot point without the licence application being approved by Natural England – but, with no detail of the individuals claimed to be supporting them, all we can do is dispute this latest information.

“The area the trust is talking about is clearly a large proportion of Kielder and the majority of farmers we’ve spoken to there are opposed to the release.”

The Lynx UK Trust says the support of forest owners in the region “speaks volumes for the confidence in the trial reintroduction plan we’ve laid out”.

It believes farmers could actually benefit from a controlled lynx release, through ecotourism opportunities.

It has also arranged insurance cover for farmers in the event of any lynx attacks on sheep.