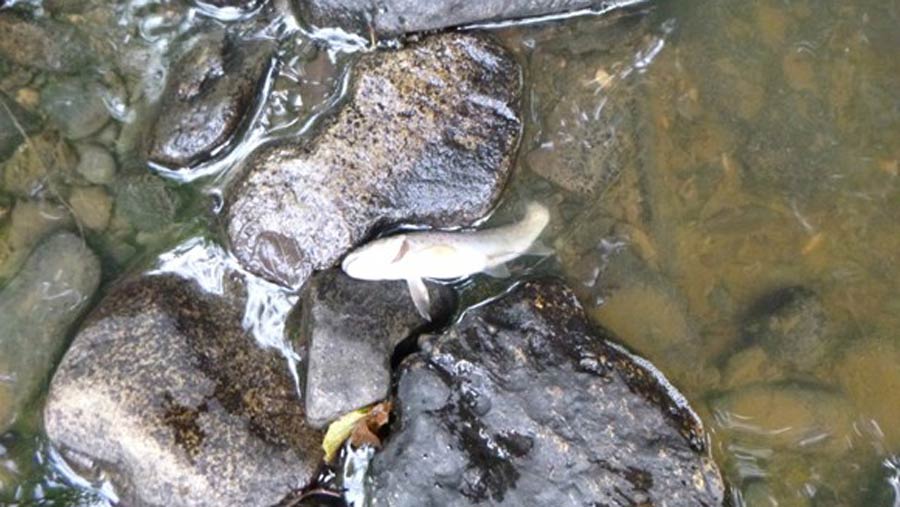 A farmer has been fined after a slurry leak killed more than 2,000 fish in Carmarthenshire.

Iwan Humphreys, 42, of Crachdy Uchaf, Llanfynydd, pleaded guilty to an offence under the Environmental Permitting Regulations 2016.

Environmental officers from Natural Resources Wales (NRW) visited the farm in July 2019 and over several days found evidence of a slurry discharge in the River Dulas near Capel Isaac.

Officers counted at least 2,478 dead fish, including 746 brown trout. They also found much of the macroinvertebrate population essential to the river’s ecosystem had been lost.

The court heard that the discharge of slurry in Dulas severely affected almost 5km of the river, causing the worst level of harm classed as category 1 by the district judge.

Speaking after sentencing, Ioan Williams from NRW, said it was a “serious incident” that could have been prevented had the farmer made adequate checks.

He urged farmers and contractors to carry out regular checks on slurry levels and storage infrastructure, especially during the winter months, to help prevent polluting waterways.

“If you are close to over-topping, contact NRW for advice. We can help you minimise the risk of causing pollution,” said Mr Williams.

The best practice guidance can be found in chapter 5 of the Code of Good Agricultural Practice.