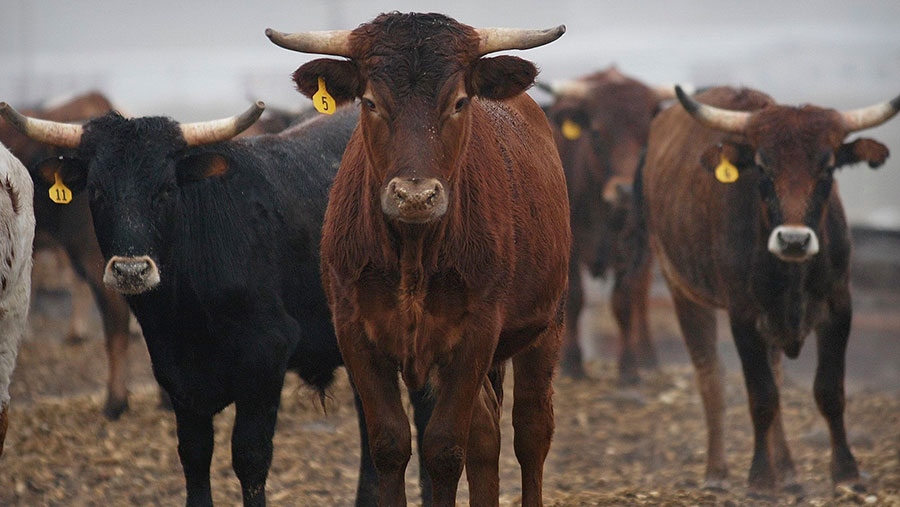 Farmers have accused the BBC of biased reporting following its hour-long documentary Meat: A Threat to Our Planet?, which examined the environmental effects of livestock production around the world.

The programme, aired at 9pm on BBC1 on Monday (25 Novmber), included footage and interviews from US cattle feedlots and intensive pig units – focusing on the scale of production, the impact on the atmosphere and the pollution of watercourses.

Presenter Liz Bonnin then travelled to Brazil to highlight the ongoing destruction of the rainforest to make way for cattle ranches, and the expansion of monoculture in the Cerrado region – both of which contribute to global warming and affect biodiversity.

“It makes me sick to my stomach,” said Ms Bonnin, at the sight of cattle ranches on cleared parts of the Amazon rainforest.

The programme claimed that 40% of the world’s crops are fed to livestock, not people, while one-third of the world’s biodiversity loss was caused by farming animals.

But it is not just land-based nature that is suffering. Ms Bonnin then travelled to South Africa to report on the fishmeal industry, where depletion of sardine and anchovy stocks for protein production is having a devastating effect on penguin populations.

Throughout the programme, there were occasional references to UK farming and meat production, suggesting equal culpability.

For example, it was stated that, while UK beef production is less intensive than in the US, “it still causes serious pollution on a weekly basis”.

It also claimed that “thousands of tonnes of Brazilian beef” is sent to the UK every year, while the UK also imported fishmeal from South Africa to feed to pigs and chickens.

The programme concluded with a look at a mixed smallholding in Pembrokeshire, where things are done very differently, suggesting that if consumers established a closer link with where their meat came from, they would eat less of it.

Ms Bonnin said she had been “shell shocked” by her discoveries, had now given up red meat completely and was eating less meat altogether

Throughout the programme, farmers took to Twitter to vent their frustration that viewers were being shown a distorted picture, with almost no acknowledgement that UK meat production is completely different.

“How is it objective, balanced journalism to present extreme versions of farming systems on other continents, to consumers here in the UK, saying these are reasons they shouldn’t eat meat?” tweeted NFU West Midlands regional director Rob Newbery.

Herefordshire farmer Ally Hunter Blair said the programme showed the worst of world livestock production – none of which apply to the UK.

A provocative documentary showcasing the very worst of world farming systems.
None of those systems were in the UK.
Liz Bonnin has an opinion to which she is entitled.
It’s disappointing there wasn’t more balance – < 5mins of 60.#MeatAThreatToOurPlanet

The AHDB’s Phil Bicknel challenged the programmes assertion that the UK imports “thousands of tonnes” of Brazilian beef each year, pointing out that it only amounts to 1% of total imports, while also explaining that the average English farm only consists of 135 beasts.

In 2018, the UK imported 289 thousand tonnes of beef.
94% of it from the EU (mainly Ireland). 1% from Brazil…https://t.co/ktysynDGJe#MeatAThreatToOurPlanet

@BBCOne Already completely false statistics re ruminants being quoted as fact on Liz Bonnin’s program. Cattle produce far far less GHG than transport. What will the @BBCNews do to address this? Fake news damaging businesses has injured parties and people responsible for it.

NFU vice-president Stuart Roberts suggested there were three take-home messages from the programme:

✅ 65% of UK farmland is only suitable to graze cattle, reared to produce quality British beef.
✅ British beef has a greenhouse gas footprint 2.5 times lower than the rest of the world.
✅ British farmers are striving to achieve #netzero
➡️ https://t.co/bJqthjp7wC pic.twitter.com/Jl7qSLPwOA