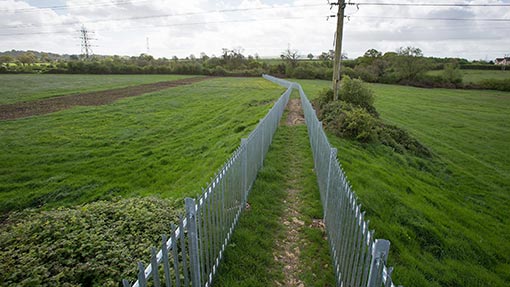 Farmers say more needs to be done to tackle irresponsible dog owners, who are costing the industry millions of pounds each year.

Dog attacks on livestock alone cost £1.2m/year, but the problem is made worse by damage caused to crops and the spread of disease.

One such disease, neosporosis in cattle, is spread through eggs in dog mess and it is a major cause of abortions in herds.

The NFU is about to launch a publicity drive to stamp out neospora under its Love Your Countryside campaign.

A union spokesman said: “The NFU will be focusing on the growing problem of neospora during the latest rollout of its successful Love Your Countryside campaign at the end of this month, as well as highlighting how to enjoy the countryside responsibly and keep safe when out walking in fields with livestock.”

The increasing problem of dog fouling on farmland made national newspaper headlines this week after a landowner built a 300m fence around a public footpath to keep dog walkers off his land.

Alan Brunt said he put up the 6ft-high spiked steel fence to protect his cattle from dog attacks and the risk of disease posed by dog mess.

Dozens of comments were posted on Farmers Weekly’s Facebook site about Mr Brunt’s decision to put up an industrial fence on his land.

Mr Brunt also wanted to protect walkers from livestock. He said he “did not want to end up in court” like Nottinghamshire livestock farmer Paul Waterfall, who was cleared last week of causing manslaughter by gross negligence after a rambler was killed in a field of cattle.

Mr Brunt said dog walkers were “bringing up to 30 dogs a day” on the 12ha field at Rodden Lake Stream Meadow, Frome. The dogs were “out of control” and were frightening wildlife and fouling everywhere, he added.

He paid £8,000 for steel fencing and his team spent five days putting up the fence. He plans to clean the field during the next six months and then put cattle on it.

“The dog mess creates germs [neospora], which get into cattle and abort calves. I don’t want this happening,” he said.

Last month, NFU Scotland launched a nationwide campaign urging dog owners to clean up after their pets on farmland, while calling for tougher penalties for dog fouling on farmland.

The union will submit a petition to the Scottish parliament to seek agricultural land to be included in the Dog Fouling Act 2003. Offenders can be fined £40 for dog fouling in a public place, but the act currently does not cover farmland.

Recent studies carried out by Moredun and the Scottish Agricultural College detected neospora in 22.9% of cattle abortion cases.

Ian Johnson, NFU South West spokesman, said: “In some parts of the country, local authorities have put dog orders in parks where they will not allow dogs to be off leads at all.


“There are 10 million dog owners in this country. The dogs have to be exercised as a matter of welfare.


“But at the same time, there is huge responsibility for dog owners to ensure their dogs are wormed and free from any problems that may cause serious issues for livestock and people.


“It’s a minority of irresponsible dog owners that don’t worm their dogs or pick up after them.


“The responsibility falls on everyone – not just the landowners but also the dog walkers – to keep the countryside clean. Everybody has to do their bit.


“The countryside is a working place. People who are not farmers assume that these are just fields.


“It’s a shame that the farmer had to go to such lengths to make a point. But I understand why he did it. He is protecting his livelihood and interests.”