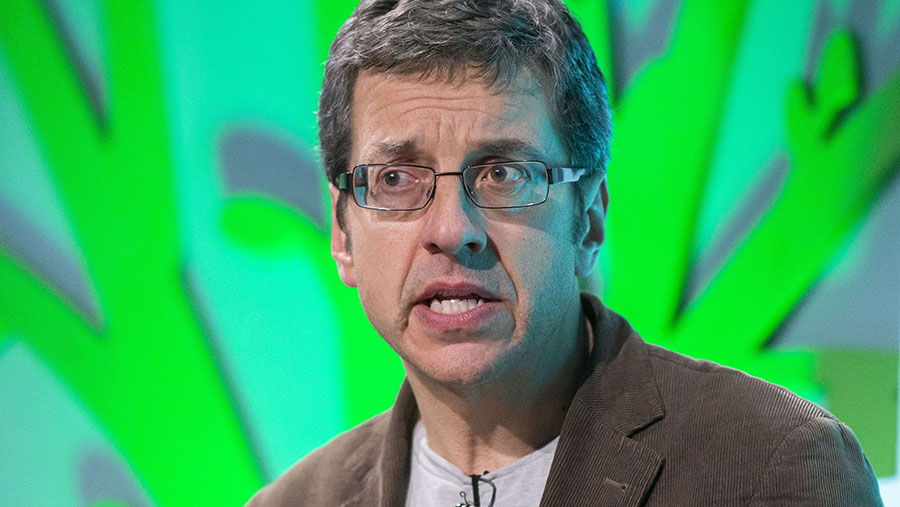 Farmers have hit back at claims made in a Channel 4 documentary Apocalypse Cow: How Meat Killed the Planet, describing the programme as imbalanced and inaccurate.

In the programme, renowned environmentalist and Guardian commentator George Monbiot claimed that livestock farming was “destroying our life support system”.

The fact that sheep farming dominates upland areas, such as the Lake District, has effectively stripped away large areas of woodland and scrub, he said.

As a result, it reduces the ability of upland areas to act as a carbon sink and seriously reduces its biodiversity.

The cultivation of soils to grow crops for livestock has also led to the release of greenhouse gasses and the cows themselves exhale large volumes of methane, which adds to global warming.

Mr Monbiot also criticises the use of imported palm kernel and soya to supplement ruminant rations, saying the production of these raw materials involves the destruction of rain forests and the burning of fossil fuels to transport them.

Despite these negative environmental impacts, he says, the average UK livestock farmer is receiving £26,000 a year in taxpayer support.

Money that would be better spent encouraging farmers to plant more trees and mitigate climate change, in his view.

The solution to feeding the growing global population, he suggests, can be found in the laboratory, including the production of cultured meat and protein flour derived from bacteria.

According to Mr Monbiot, “farming is no longer essential to human survival”.

But farm and sustainable farming organisations have rejected this claim, while accepting that some change is necessary.

NFU Vice President Stuart Roberts said: “In Britain we have some of the highest standards of environmental protection in the world which we know the public value and trust. What’s more, British farming has an ambition to become net zero by 2040 and is demonstrating this can be done alongside invaluable food production.”

Mr Roberts also pointed to the social and economic benefits British farms deliver for the country, from providing inputs for the UK’s food and drink sector, to sustaining rural communities and economies.

“Farming is not just an industry, it is the lifeblood of Britain’s rural heritage,” he said.

“There was no opportunity for the British sheep industry to present the opposing view,” he said.

“Sheep farming is one of the most sustainable ways of food production and produces quality meat and fibre from little more than vegetation, mostly grown by sunlight, rain and soil nutrients, whilst also providing a beautiful countryside

“While it’s not widely recognised, sheep farming is an ultimate form of renewable technology and NSA is very disappointed this was not reflected in this programme.”

Meanwhile, Vicki Hird, campaign co-ordinator for Sustain, questioned the environmental efficacy of plant-based burgers, especially if their production involves the use of herbicide-treated GM crops and mono-cultured soya.

“We don’t need to wait for futuristic new technology to support a transition to nature and climate friendly farming and diets through our policies,” she said.

“We can use a new Agriculture Bill to support farmers (with advice, training and supply chain regulation) in the transition to agro-ecological production. We can support high standards and shift people’s diets to eating less, but better meat.”

@Channel4 could not be any more disappointed in your run of anti farming programmes. Biased, inaccurate, thoughtless and incredibly damaging to an industry which feeds people and cares passionately for the environment, not to mention the mental health of farmers. #ShameOnYou pic.twitter.com/u8HZKRE2vy

91% of the amazon rainforest destruction is carried out for farming of cattle and growing soy for them to eat. animal agriculture has the largest greenhouse gas output of any industry and is the leading cause of water pollution and species extinction,,,,, so that's how

No actually, animal agri has direct emissions of 5% and indirect of 14.5%. Transport is 14% and indirect estimated at 1.5 times that figure, so in excess of 20%. Fossil fuel industry and artificial fertiliser on the other hand ARE the big culprits! pic.twitter.com/bEipvUAabR

Watching #ApocalypseCow
I live in the Lake District, the uplands are lifeless, ecological wastelands because of the white plague! Next time your in the fells look for trees if your lucky to find one, I bet it's growing on a cliff or steep sided revine out of reach from the ?? pic.twitter.com/Os7wo60ChO

Our Milk Board Chair, @AbiReader, provided the voice of farming during last night’s Channel 4 documentary, robustly countering the documentary maker's arguments that food production in Wales and the UK is a threat to the living world. https://t.co/E5mEk9mHR2 pic.twitter.com/SHNgjI7t3m

What the organic lobby thinks

Rob Percival, head of food and health policy at the Soil Association, described the programme as a “radical but misplaced vision of an alternative food system”.

“Monbiot’s diagnosis of the problem is mostly correct. We need to plant more trees, and we need to stop farming animals intensively and feeding them environmentally damaging imported feed crops,” he said.

“Radical change is needed across our food system. But Monbiot throws the baby out with the bathwater in his dismissal of extensive and agroecological farming.”

“A transition to agroecology would preserve biodiversity and help end deforestation; it would nurture healthy, carbon rich soils, with ruminant animals playing a vital role.

“We should be looking to incorporate trees onto farms in agroforestry systems and farm woodland, instead of seeing trees and farming in competition.”

There are also dangers with things like algae and insect farming, he adds, in particular that it could play into the hands of big business, which would control the supply chain.

“A diet based around foods synthesised from chemical and nutrient components would also likely be a backward step for nutrition.

“Research into the gut microbiome is revealing the harm caused by ultra-processed foods and the importance of a diversity of whole, unprocessed foods for our gut and health.”