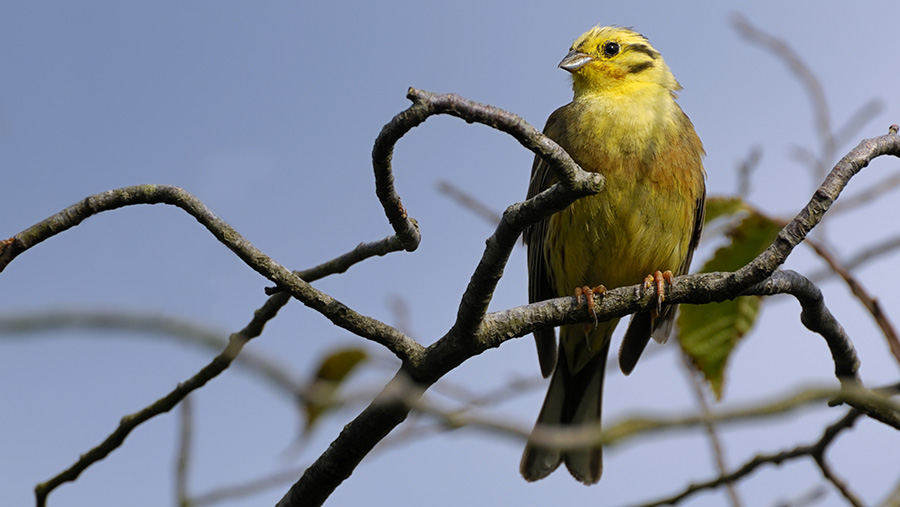 A record number of farmers took part in this year’s Big Farmland Bird Count (BFBC) and they spotted more species than on any previous counts – an indication that farmland bird life may be recovering.

More than 1,400 farmers took part in the count and they recorded 140 species across one million acres.

The most commonly seen species were blackbirds and woodpigeons, seen by more than 75% of participants.

Robins and blue tits were seen by more than 70% of the farmers.

A total of 30 species from the Red List for Birds of Conservation Concern were recorded, with five appearing in the 25 most commonly seen species list.

These included fieldfares, starlings, house sparrows, yellowhammers and song thrushes, with the first four seen by 30% of the farms taking part.

The  Game & Wildlife Conservation Trust (GWCT) organised the event – now in its sixth year – which took place between 8 and 17 February.

In a first, the NFU also sponsored this year’s count.

Farmers from every county in England took part and there were also responses from Northern Ireland, Scotland and Wales.

A number of farmers from Austria also submitted results.

Norfolk had by far the most returns, with 145 farmers completing the survey.

This was followed by Suffolk with 92, Herefordshire with 63, and Hampshire with 60.

Most survey sites were next to winter cereals, grassland or overwintered stubbles.

The BFBC aims to demonstrate the benefits that years of important conservation work carried out on farms is having on reversing dwindling farmland bird numbers.

Jim Egan, from the GWCT’s Allerton Project, said: “Counting birds on farm is a great way to recognise what species are there as well as being an opportunity to take time out and see the benefits of work such as wild seed mix and supplementary feeding.

“We want landowners to be proud of their efforts.

“We will make sure that the public and policymakers hear about what can be achieved on Britain’s farms.

“The BFBC is a very positive way to showcase what can be achieved.”