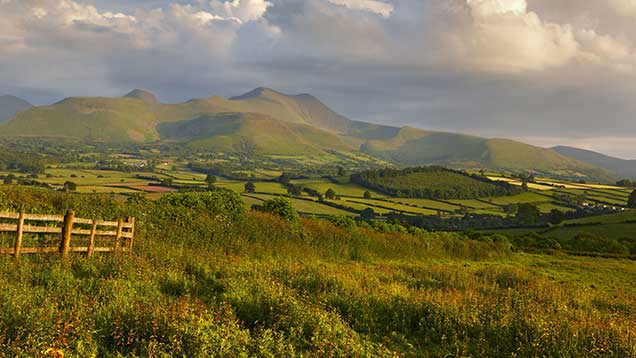 A group of farmers in Powys is to create 19,500m of wildlife corridors after winning a share in a £3m pot of environmental funding.

The farmers, led by livestock producer Robert Powell, have been awarded £128,000 from the Welsh government’s Nature Fund.

The project is among 18 to secure funding from an initiative aimed at tackling declining biodiversity.

Earlier this year, the Welsh government had created seven so-called Nature Action Zones, stretching from the coastal belt of Pembrokeshire in the west to the Llyn Peninsula in the north and encouraged farmers, landowners and conservationists to bid for funding.

The other successful schemes announced on Monday (10 November) include improving river catchments and restoring peatland in Snowdonia. In the Conwy Valley, landowners will be funded to deliver improvements to a 7.5km stretch of the River Elwy.

In Torfaen, £282,100 will be spent on improving habitats for pollinating species across the south Wales valleys.

A number of collaborative, farmer-led initiatives had bid for funding and the level of interest has been so high that it looks likely that the Nature Fund will become part of Wales’ new Rural Development Programme.

Natural Resources minister Carl Sargeant said improving biodiversity was key to sustainable land management in Wales. The fund was created after last year’s State of Nature report highlighted dramatic declines in a range of habitats and species across Wales.

“We must recognise that our communities, our economy and our environment are closely interlinked,’’ said Mr Sargeant. “By recognising these links, we can improve our environment and deliver economic and social benefits for Wales.’’