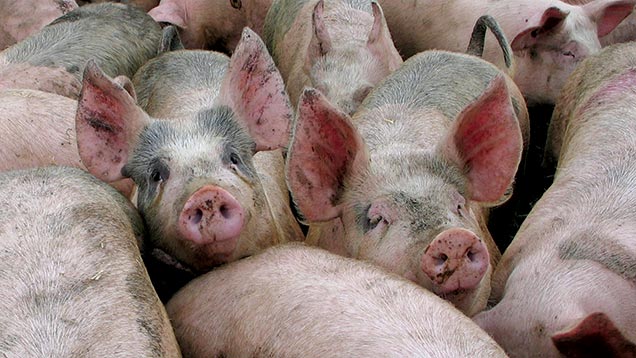 Plans to build the Foston large-scale pig unit have been dealt a serious blow after a permit to operate was refused on smell fears.

More than 38,000 people have signed a petition against the plans to build the farm in Derbyshire.

Now the Environment Agency has refused to issue an environmental permit for the project, saying it would result in “significant pollution due to odour”.

It is believed that with 24,500 pigs, the scheme would have been the biggest indoor pig farm in the UK.

Midland Pig Producers, the company behind the original proposal in 2011, said it had no plans to withdraw its planning application.

The firm’s application for the environmental permit included a proposed pig unit, an anaerobic digestion plant and biogas combustion for the treatment of pig manures and slurries near Foston Women’s Prison.

However, the Environment Agency turned down the application because it could not be satisfied it the activities would not result in a release of odour “which will result in offence to human senses and impair amenity and/or legitimate uses of the environment.”

Midland Pig Producers have the right to appeal the permit decision within six months.

An agency spokesman said that there did not appear to have been an appeal lodged against the permit decision but that Midland Pig did have the right to do so within six months.

A spokeswoman for Midland Pig Producers said: “We are pleased that, after nearly four years, the Environment Agency has finally made a decision.

“Given the history leading to this point we find it totally unsurprising that even after such an unfeasibly long period of deliberation and prevarication our application for an environmental permit has eventually been turned down.

“And, while not wishing to second guess any decision by any other body, it seems inevitable that this outcome will provide others with the reason to refuse any application connected with our plans.

“However, now that we have an actual decision we can move forward. This is not the end of the matter, but the beginning of the second stage.”

But Peter Melchett, director of the Soil Association, said the decision was a “great victory” for local residents.

He added: “What is most significant is the signal this sends to the British farming industry about the future of livestock farming in this country.

“We are not, as if often claimed, on a relentless and unstoppable drive to have bigger and more intensive livestock systems.

“The Soil Association’s Not in My Banger campaign, launched nearly five years ago to oppose the Foston pig farm, calls for all pigs to have the right to live part of their lives in the open air, not to be subject to mutilation and for sows to be able to make a nest in which to give birth.”