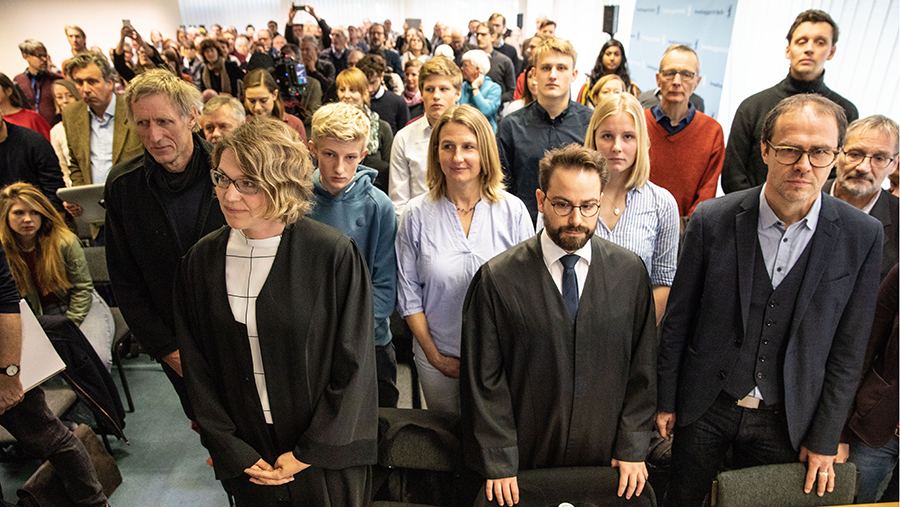 A German court has rejected a lawsuit brought by a group of farmers trying to compel their government to do more to tackle climate change.

The farmers, backed by environmental pressure group Greenpeace, saw their claim dismissed after a five-hour hearing in Berlin on 31 October.

The farmers fear rising sea levels could irreversibly damage farmland and blame the government, who have abandoned earlier plans to cut carbon dioxide emissions by 40% compared to 1990 levels by next year.

But the court decided that Angela Merkel’s government was not violating their rights by cutting greenhouse gas emissions at a slower-than-promised rate.

Silke Backsen, one of the plaintiffs and an organic farmer from the island of Pellworm in north Germany, said: “I am disappointed by this halfhearted decision. The court has not done what is good for our future.

“This ruling does not save a single tonne of CO2,” he added. “We are already significantly affected by the climate crisis. How bad does it have to get?”

Greenpeace suggested there may be an appeal and stressed that although the court concluded the government should be given leeway on its emissions deadline, its ruling did highlight that a complaint seeking more climate protection is admissible in principle.

This, it claimed, opened the door on future lawsuits for such violations of fundamental rights.

Lawyer for the plaintiffs Dr Roda Verheyen said: “For the first time in history, a German court has ruled that people’s fundamental rights can be violated by the impacts of global heating. The court did not recognise a particular violation today, but that is not out of the question in the future.