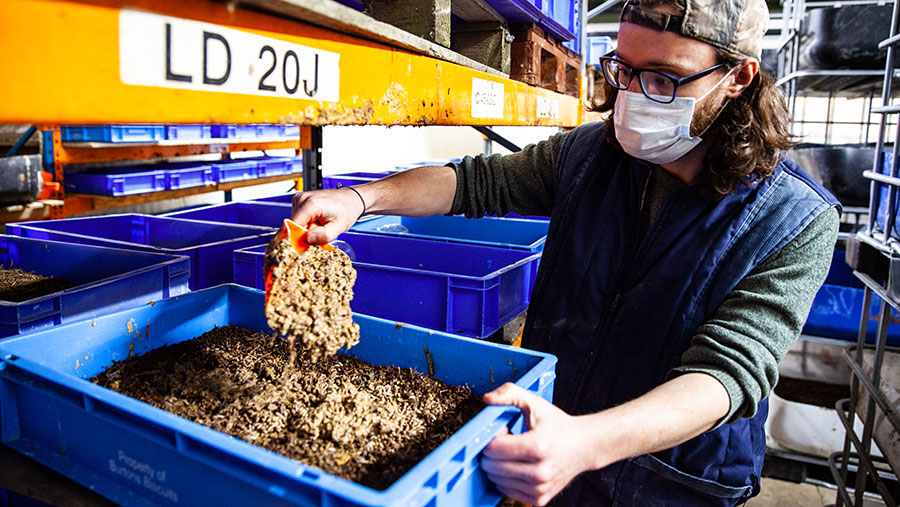 Supermarket Tesco is putting pressure on the UK government to accelerate the use of insect protein in animal feed as a way of reducing the agri-food sector’s environmental footprint.

“Animal feed accounts for about 75% of [global] soya production, but cultivation of the crop is fuelling climate change, deforestation and habitat conversion in several key ecosystems,” says the report.

In the Brazillian Cerrado, for example, more than 100,000ha of precious habitat is lost each year to make way for soya production, it claims.

In addition to reducing deforestation risk, insect farming has the advantage that many insects are biological waste processors, helping to recycle and decompose material, it adds.

But development of the industry is being held back in the UK by rules that prevent insect protein from being fed to any farmed livestock intended for human consumption. It can only be given to fish, where volumes are low and prices high.

Another problem is that UK regulations limit the number of substrates that can be used for rearing insects for animal feed.

The report authors note, however, that the EU is soon to permit the use of insect meal and other animal proteins in pig and poultry feed, suggesting the UK could follow suit.

WWF and Tesco are therefore calling on the UK government to allow a broader range of feedstocks for insect farming, and to provide monetary backing to grow the industry.

“We’re calling on the government to build on this report and develop financial incentives to support innovative farming methods, such as insect farming, which will scale up of these new industries.”

WWF executive director Mike Barrett added that it was vital that the food eaten in the UK did not drive up deforestation overseas.