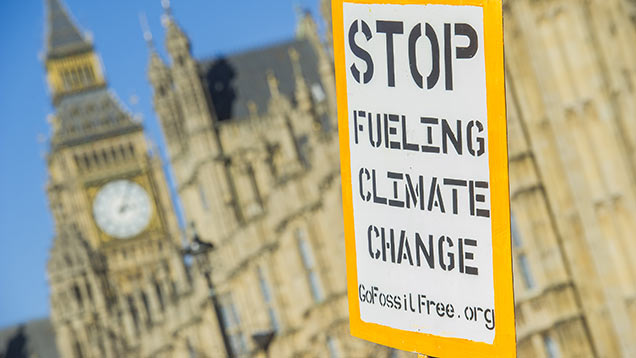 Pressure on the government to address worries over fracking is mounting after MPs accused the government of a “dash for gas” and treating local people’s concerns with “contempt”.

MPs across the political spectrum raised multiple concerns on Tuesday (30 June) about fracking, including the destruction of prime farmland, water contamination and the ability of farmers to produce safe food that the public trusted.

The parliamentary debate came just a day after the decision by Lancashire County Council to refuse applications to frack two wells.

Fear for impact on farmland

Seema Kennedy, Conservative MP for South Ribble in Lancashire, said Grade 1 and 2 land made up 41% of her constituency, with the area known as the “salad bowl” of England, while the neighbouring constituency of West Lancashire had the highest proportion of Grade 1 land in the country.

“The quality of the products grown relies on their growing in pristine soil that must be free of water-borne contaminants, which is the growers’ number one concern.”

But fracking involved the injection of water, sand and chemicals into the ground, she said and local people needed further reassurance that there would not be any contamination of water.

Food processors could pull out

“If Mr Birdseye thinks that water contamination is going to affect his product in any way, he will withdraw and people will not buy the product.

“I am convinced of that there is no second-guessing there,” said Mr Mc Nally.

Even if fracking as proven to be safe, public concerns still needed to be addressed, added SNP MP Martyn Day.

“Or else it could still be damaging to our economy in terms of our water production, the reputation of our food and drink industry, and house prices,” said Mr Day.

MPs also criticised the government for heavily redacting a report on the impact of fracking, with Conservative MP Kevin Hollinrake saying it had left people feeling they were being “deceived, patronised or treated with contempt.”

This report has just been published (Wednesday 1 July).