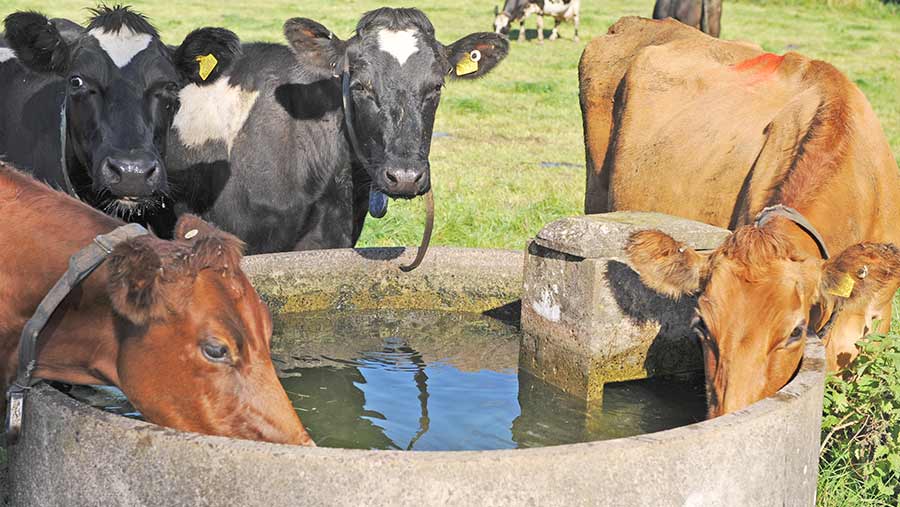 Sweeping changes to rules controlling the volume of water abstracted by farm boreholes in Wales mean that most must now be licensed to continue operating.

Until now, farmers in large parts of Wales, including all of west Wales, have not needed a licence to operate a borehole.

One reason for these regions being granted an exemption when the licences were first introduced was they lacked the necessary network of pipes to enable all farms to access mains water.

Many boreholes in the exempt regions are on dairy farms and, as herd sizes have expanded, the volume being drawn from the water table has increased significantly.

Under radical changes introduced by Natural Resources Wales (NRW), farms in these geographical regions that have existing boreholes extracting over 20cu m/day – the equivalent of 4,400 gallons – have two years to become licensed.

NRW says farmers must apply for a transitional water resources licence for any boreholes that water has been abstracted from since 1 January 2011.

Farmers in these regions, which also includes parts of Powys, Gwynedd and Denbighshire, have until 31 December 2019 to submit an application.

NRW has given itself three years to rule on applications – from 1 January 2020 and 31 December 2022 – and in the meantime, farmers can continue to use boreholes as normal.

NRW urges applicants to submit their applications “in good time’’ before the application deadline of 31 December 2019.

“We cannot guarantee to check all applications received within three months of the deadline,” it says.

“Those we deem to be invalid will be rejected and risk missing the opportunity to resubmit a valid application and take advantage of the transitional arrangements.”

Water abstraction from farm boreholes is among several previously exempt practices that must comply with licensing regulations.

These include all forms of irrigation – except spray irrigation, which is already subject to licensing – and the abstraction of water containing silt for deposit onto agricultural land as fertiliser, known as warping.

There are implications, too, for water abstraction in regions where farmers are already subject to licensing.

It they want to increase the daily volume of water beyond what they abstracted between 1 January 2011 and 31 December 2017, they must submit an application and the NRW must rule on it before abstraction rates are changed.

It is believed that not all boreholes are licensed in areas where exemptions did not apply and in this instance, NRW urges those who “mistakenly thought they were previously in an exempt area’’ to license their abstraction through the normal application process. 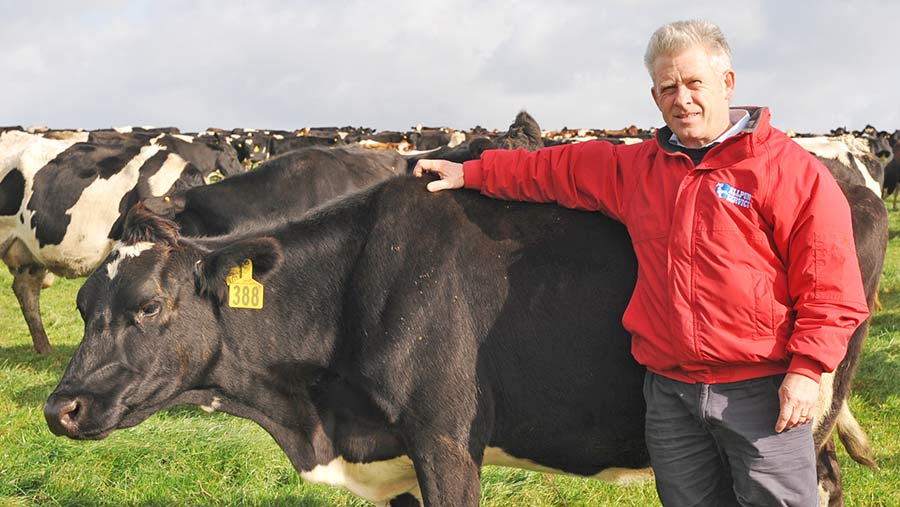 The new licensing rules could have major implications for farm businesses that rely on boreholes as a water source because there are no guarantees that licences will be granted.

Haydn Lloyd, a Carmarthenshire dairy farmer who also runs a company specialising in the supply and installation of farm water pumps, is concerned that not enough has been done to make farmers aware of these important changes.

“I am a farmer, but I wasn’t aware of these changes until a friend of mine who is a hydrologist told me about them.’’

The licence will cost £135, but Mr Lloyd doesn’t think it will put farmers off sinking boreholes. “If you weigh it against the cost of water rates then it still makes financial sense if you are using large volumes of water.’’

In most cases, farms with multiple boreholes will only pay £135 because the water will be from the same source.

The licence will last between six and 18 years, depending on the region’s catchment policy.

Five key things to consider before sinking a borehole