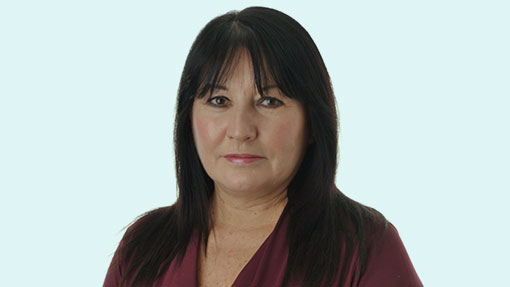 It looks pretty grim – a 300ft-long security fence that would be more at home in a prison than a Somerset meadow, and it’s designed to keep out dogs, writes Farmers Weekly editor Jane King.

Landowner Alan Brunt’s 6ft-high construction has got everyone talking. Hundreds of readers and members of the public have shown their overwhelming support, with a resounding “fair play” for his decision to build the extreme fencing for health and safety reasons.

It is undoubtedly a challenging thing to do in terms of the cost to him, the obstruction to the view and the strident message it sends to irresponsible pet owners.

But then no one would have entertained such a move if they had not been seriously troubled by our four-legged friends – or rather, their careless owners.

Dog fouling and livestock worrying on farmland is now a major national problem. Protecting livestock from disease risks posed by dog mess and dog attacks has become a number one preoccupation for many farmers.

Livestock worrying by dogs is estimated to cost the industry at least £1.2m/year.

The situation has got so serious north of the border that NFU Scotland has launched a campaign, including a survey to gauge member opinion, collect case studies and petition the Scottish Parliament calling for more powers for the police and local councils to take action.

Dog fouling is so bad on John and George Munn’s farm near Alexandria that some fields are now no-go areas for breeding cows because of the stress and disease threat.

While it is the minority of dog owners who behave thoughtlessly, it is clear that tougher enforcement of the law is necessary and more needs to be done to educate the public about the dangers and welfare issues when dogs stray on to agricultural land.

As one supporter of Mr Brunt said this week, it would make sense to reinstate the Countryside Code television advertising of the past as a way of stressing the risks to the masses.

Farmers, too, have to play their part in this communication and there is a delicate balance between defending your livelihood and not being seen to isolate yourself or create greater barriers between your business and the local community.

Embracing the public, reaching out and helping them understand farming better so they are informed enough and motivated to do the right thing with their dogs has to be the long-term solution. Inevitably, some bad dog owners will never change but the majority probably will.

Time spent opening your doors to the public is invaluable in this education process, which is why it is well worth taking at look at LEAF’s Open Farm Sunday event on Sunday 8 June, either as a participating farmer or as a volunteer.

This is a great way to connect with the public positively, enabling them to meet farmers and hear the stories behind the food they eat, while at the same time gaining an understanding about the need to control dogs.

Building walls makes perfect sense to control difficult situations, but in the long run we can influence and change behaviour more effectively by doing quite the opposite.