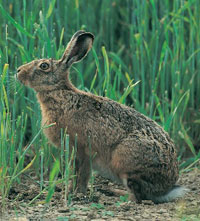 The government is to press ahead with plans requiring farmers to manage a proportion of their land for environmental purposes.

Speaking at the Oxford Farming Conference, DEFRA secretary Hilary Benn said he wanted farmers to produce as much food as possible.

But this should be within certain parameters and not at the expense of the environment, he told delegates on Tuesday (6 January).

“Producing food in a sustainable way is the future for British agriculture,” said Mr Benn.

“Some people seemed to believe farmers should be free to maximise production without regard to the environment.

“Some seem to find this an attractive argument, but it is one with which we profoundly disagree.”

The government would not reintroduce set-aside, but Britain had to put an increased value on land as a society.

Mr Benn insisted: “I want to be clear. I don’t want to reintroduce set-aside.”

But the government was continuing to examine ways land could be managed environmentally while still producing food.

Proposals requiring farmers to manage a “small percentage” of their land environmentally were likely to be made known this spring.