An explosion in the rural rat population threatens to have a devastating effect on the countryside, landowners have warned.

Torrential flooding earlier had this year forced unprecedented numbers of rates above ground, said the Country Land and Business Association.

Rats were thriving and the population was increasing due to a succession of mild winters that had extended their breeding cycle, it added.

Dorothy Fairburn, CLA regional director for Yorkshire, said the rodents were damaging buildings and grain stores as well as presenting a threat to wildlife.

“Ground-nesting birds are particularly at risk, which means that an increasing rat population will, in all likelihood, have a devastating effect in the spring.” 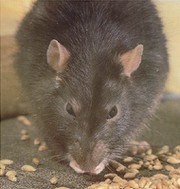 “It seems ludicrous the government hasn’t completely abandoned new legislation that might encourage people to illegally fly tip waste or leave more rubbish on the streets.”

Ironically, rats have never been so popular as pets with children.

Retailer Pets at Home said sales of rats soared by 50% during the half-term holiday following the success of the Disney film Ratatouille.

The animated film features a lovable French rat with a passion for cooking.

But for most people rats remain a pest.

A survey by the National Pest Technician Association last year revealed that the brown rat population had increased by 39% year-on-year since 1999.